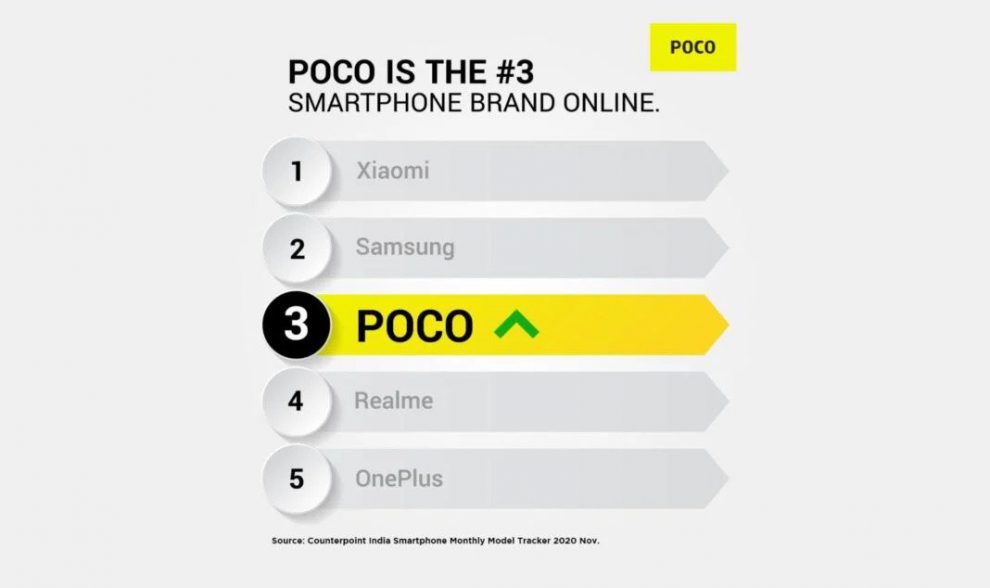 Early last year Poco became an independent brand under Xiaomi. During this period, the brand has launched five smartphones at various price points in the Indian market. Now we can argue that most of them were just rebranded Xiaomi or Redmi phones but we’ll leave that argument for a later time.

We now know that during the festive season last November, Poco managed to sell well over a million units thereby becoming India’s third-largest smartphone brand online in the month. Poco India announced this over their social media channels citing a report from Counterpoint Research’s India Smartphone Model Tracker in November 2020.

According to the data, 2 out of the top 3 smartphones sold online in the month were POCO M2 and POCO C3 respectively. During Flipkart’s Big Billion Day sale, the entire Poco smartphone lineup saw some great discounts, which could attribute to this milestone. We still need to check what the December data points to but it seems like Poco is capable of doing some serious harm to their competitors.