Xiaomi is holding their 10th anniversary event next week on August 10th and we might see the brand-new products then. Lei Jun, the company Founder and CEO has been dropping hint on social media that proves this theory.

This along with the rumors and leaks that have been pouring in these past weeks paint a clear picture. We have known about the existence of Mi Pad 5 for a while now, the company’s entry back into the Android Tablet market. Now we have a fair bit of idea about the Mi Mix 4 as well. The Mi Mix lineup has always been the playground for the brand to reveal cutting edge tech. 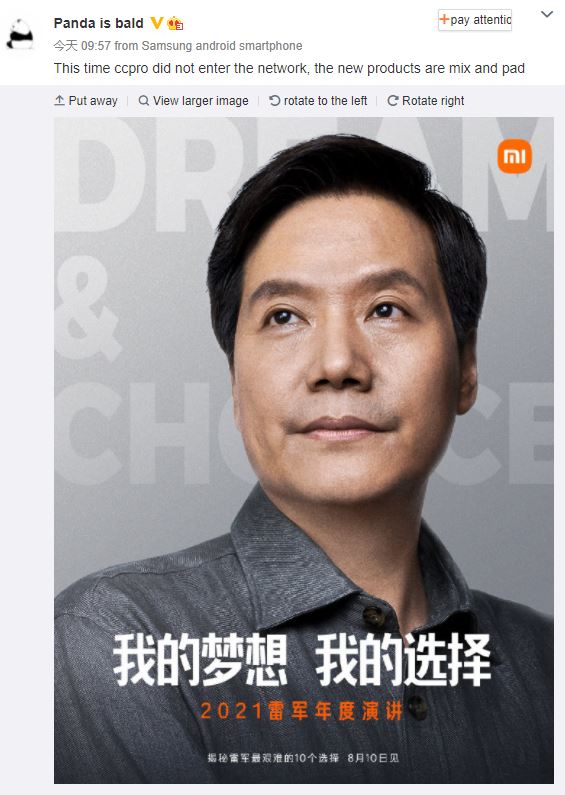 We got to see the wrap-around display, punch-hole camera, and border less displays on the past Mi Mix models and Mi Mix 4 are slated to bring the Under-display-camera tech this time. Mi Mix 4 is slated to pack the latest qualcomm chip inside, crazy fast charging tech and a new camera system.

As for the Mi Pad 5, it will come with a new stylus just like we get with the iPad. It has been slated to be powered by the Qualcomm Snapdragon 870 chip, with 5G capability, large LCD display with 120Hz refresh rate and productivity focused apps.

Incidentally, this event is being hosted a day early from the Samsung Unpacked where-in the brand will announce the new Galaxy Fold devices with UDC tech and support for a stylus.