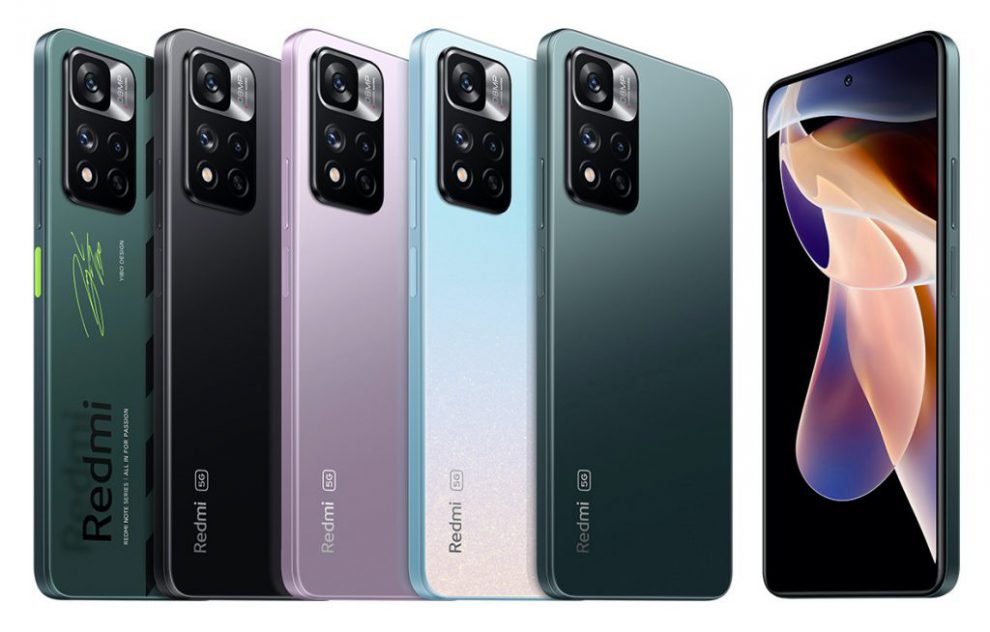 Redmi just announced the Redmi Note 11 Pro and Note 11 Pro+ in the Chinese market a couple of days back. Now a code from MIUI’s internal code has surfaced as per which these two phones could be brought to India under Xiaomi branding.

Just for a refresher, both the Note 11 Pro and Pro+ pack a 6.67-inch FHD+ Samsung-made AMOLED panel with a 120Hz refresh rate and 360Hz touch sampling rate. There are 1.75mm ultra-narrow bezels and a tiny 2.96mm punch-hole and are powered by the new MediaTek Dimensity 920 5G SoC and come with up to 8GB of RAM & 256GB internal storage.

The difference on both the phones is in the battery size and charging tech. This could be reason for Note 11 Pro+ getting the HyperCharge monicker due to the 120W fast charging support. Apart from this, there are already rumors about the Poco M4 Pro which is due to launch next week and is said to be a rebranded Redmi Note 11. The phone will be announced in select European and Asian markets.