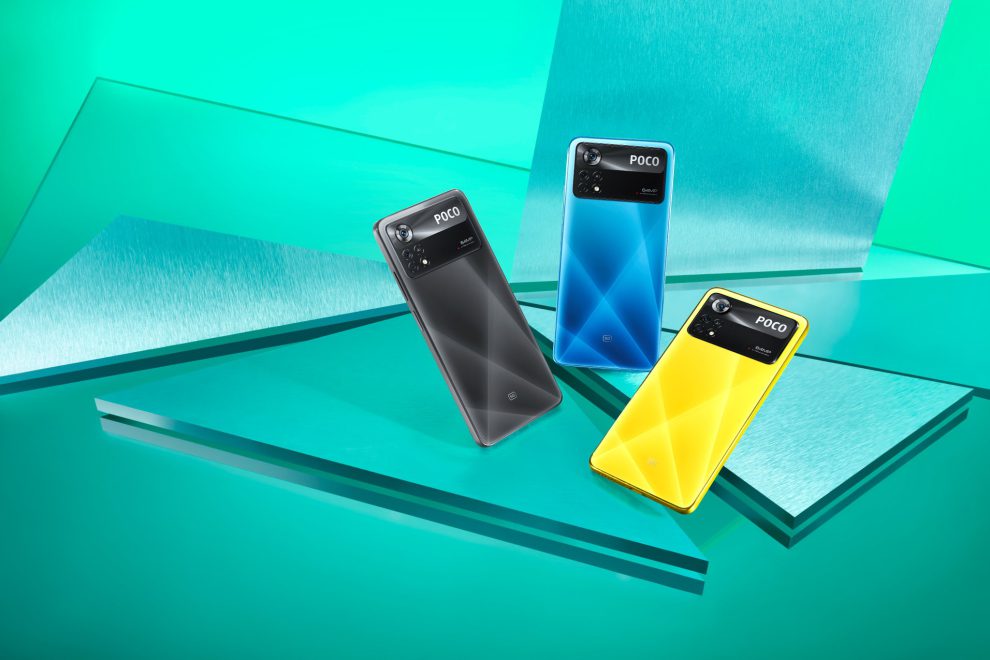 Let’s first with the design of the Poco X4 Pro 5G. The smartphone looks identical to most of the other budget and mid-range smartphones from the front. It has a tiny chin at the top and bottom. Poco X4 Pro used the punch-hole display to achieve this design, which we have been habitual of seeing on every other smartphone. Poco X4 Pro 5G has a unique rectangular camera module on the rear panel. The entire camera module goes across the top back panel. At the bottom of the rear panel, you will find written 5G. Overall the design is looking good in this price bracket.

Moving to Display, Poco X4 Pro 5G has a big 6.7-inch Full HD+ Super AMOLED Display with a 120Hz refresh rate and 360Hz touch sampling rate. The Display has a peak brightness of 1200 Nits and supports for DCI P3 color gamut. Poco likes to call this Display Reality Flow. On paper, the Display of Poco X4 Pro 5G checks every box. It is an AMOLED panel with a higher refresh rate, and you shouldn’t face any issues while consuming content. 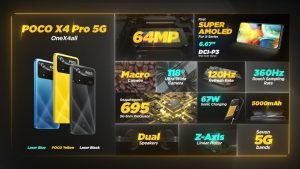 Powering the Poco X4 Pro 5G is a Qualcomm Snapdragon 695 chipset. It is a relatively new chip launched in the Snapdragon 6 Series. It is built on a 6nm process and supports both Sub-6 GHz and mmWave 5G. It has Kryo 660 CPU and Adreno 619 GPU. The processor is competent, and you should expect good performance on Poco X4 Pro 5G.

Coming to the Optics department, Poco X4 Pro 5G packs a triple camera setup. The primary sensor is a 64MP Samsung sensor with an F/1.8 aperture. Many of you might be thinking about why it has a 64MP sensor when its global version has a 108MP sensor. We don’t know why Poco has done that on the Indian variant. The other two sensors are an 8MP Ultra-Wide sensor with an F/2.2 aperture and a 2MP Macro Sensor. Poco X4 Pro has a 16MP selfie shooter with an F/2.45 aperture for taking selfies and doing video calls.

It has a 5000mAh battery supporting 67W Sonic Charging with MMT technology. The device is said to be fully charged in a mere 41 minutes. Other than that Poco X4 Pro has a side-mounted fingerprint sensor. It might sound silly as Poco has not gone with an in-display fingerprint sensor even when it has a Super AMOLED Display.