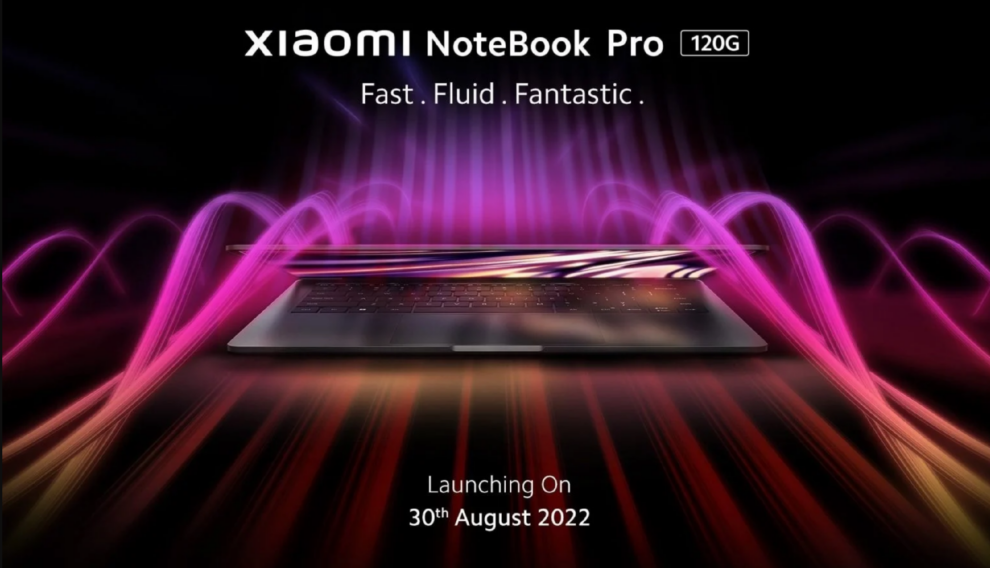 Xiaomi has confirmed it will launch a new laptop in India on August 30, 2022. The Xiaomi NoteBook Pro 120G, as the laptop is named, is being projected as a laptop that is ‘Fast, Fluid, and Fantastic’, one that is designed to meet the requirements of the future. The company however isn’t revealing the specifications of the laptop. Instead, Xiaomi has just revealed a teaser shot that does nothing more than provide us a glimpse of the upcoming device.

It also isn’t clear what the 120G in the laptop’s name refers to even though experts opine it could refer to a 120Hz refresh rate for the display. The company had earlier launched the Mi NoteBook Pro and the Mi NoteBook Ultra laptop devices in the country last year and the upcoming Xiaomi NoteBook Pro 120G is expected to bear some resemblance to both. If that is the case, expect the NoteBook Pro 120G to come with a metal unibody construction.

Further, the Mi Notebook Pro introduced in India last year featured the 11th Gen Intel processor along with 65W fast charging. The upcoming Xiaomi NoteBook Pro 120G is expected to hold on to the 65W charging ability while sporting the latest 12th gen Intel processor. That coupled with the rumored 120 Hz display should make the Xiaomi NoteBook Pro 120G quite an attractive proposition in the lucrative laptop segment in India.

With the official launch just over a week away, expect more details to emerge in between. Stay tuned!