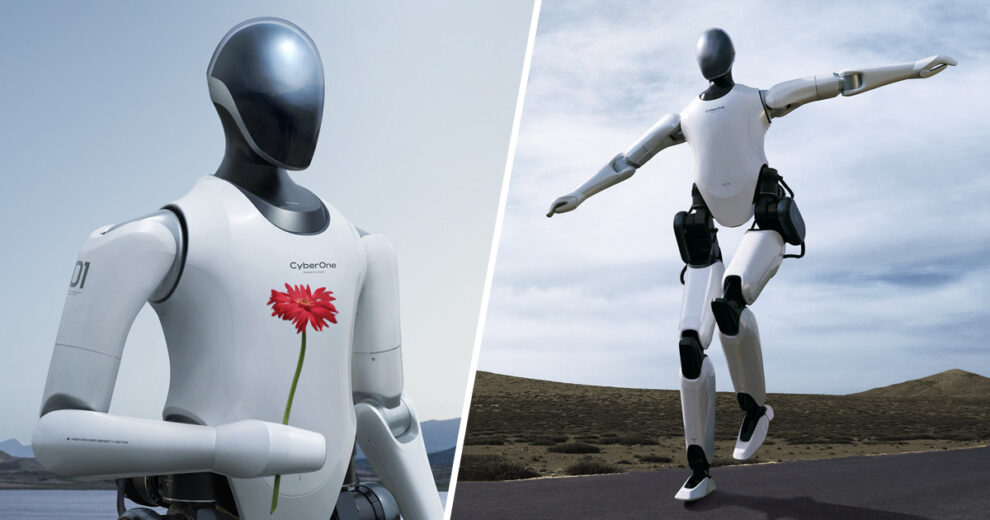 Among all the things that Xiaomi announced during its recently held product launch event, it is the CyberOne humanoid robot that perhaps has been the most impressive of all. The full-sized bionic humanoid robot is also sometimes referred to as the Metal Bro while some also fondly refer to it as the Leo. Names aside, the root does look nice and futuristic that seems to have come straight from the future. It measures a very human-like 177 cms and weighs 52 kilos.

For its face, the robot gets a cured OLED panel while a pair of mics on either side make up the ears. Xiaomi also said the robot comes with whole body control algorithms that have been developed entirely in-house. The algorithm allows the robot to exercise control over 52 joints. Apart from that, the robot is intelligent enough to interpret 45 kinds of human semantic emotions or 85 environmental semantics. Apart from these built-in qualities, the robot will also be learning new skills every day from its interaction with its human counterparts.

Xiaomi said there are advanced mechatronics and artificial intelligence at work that has been developed specifically for the humanoid robot at its hi-tech Robot Labs facility. However, Cyber One is just the first gen product and it could be years before the robot starts functioning to its full potential, that of becoming a part of our daily lives and serving purposes according to our will. It is like performing daily chores for us that might be boring for us to do.

Xiaomi had recently launched the CyberDog robot that has four legs and, needless to say, gets its name from a human’s most trusted friend. Maybe sometime soon we might get to see both the Cyber One and Cyber Dog working in unison and complementing each other to perform more complex tasks. Boston Dynamics also does pioneering works in the field of advanced robotics. The Xiaomi Robot Labs might not be as advanced as Boston Dynamics but it is definitely on the path, it must be said. The Chinese company has also been the first to introduce a humanoid robot, beating Tesla in the process that had also announced the launch of a humanoid robot in the past.