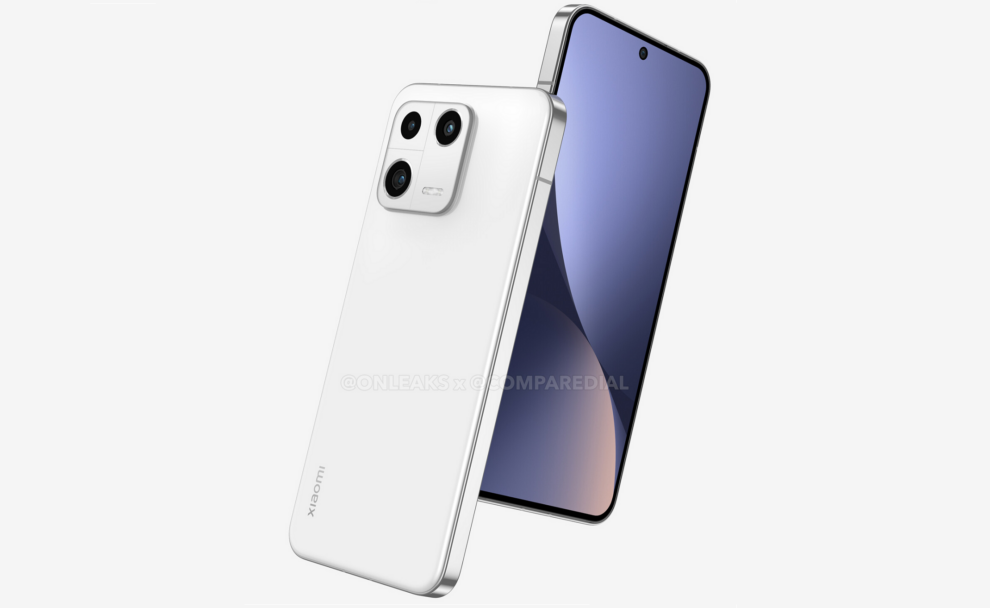 High quality renders of the upcoming Xiaomi flagship, the Xiaomi 13 has emerged online thereby providing us with a nice idea of what the company’s low cost flagship smartphone offering is going to look like. However, you might be forgiven if it reminds you of the iPhone 8 as there is some similarity between the two so far as the sides have been imagined. It is flat and curved around the edges, making it look a lot like the iPhone 8 that was launched back in 2017.

The rest is however extremely sleek and svelte with an all-screen display having virtually non-existent bezels all around. Even the chin is reduced to almost being non-existent while being just marginally thicker than those on the sides or the top. Further, there is a small punch hole at the top center that would be housing the front cam. Also, the curved display is nowhere to be seen and has been replaced with a flat display this time. The bottom hosts the USB Type-C port as well as a pair of speaker grills that open downwards.

Moving over to the rear, the entire camera housing has undergone a makeover in that it is quite larger this time. So, it is a larger and more elaborate square with rounded edges making it look as sort of a cross between a square and a circle. However, there is still the three lens arrangement to be seen. Overall, the rear camera setup is reminiscent of the OnePlus 10 Pro or the OnePlus 10T than being similar to its predecessor, the Xiaomi 12.

Xiaomi is expected to launch the new Xiaomi 13 before the end of the year in China before it is rolled out in the rest of the world thereafter. Qualcomm is already touted to launch the Snapdragon 8 Gen 2 chipset around the middle of this month itself and chances are that the Xiaomi 13 is also introduced by that time. Stay tuned as we report on the latest developments on this.