For Android tablets to reappear on the market, the pandemic offered the ideal conditions. A product that had lost its appeal due to Android’s subpar user experience and enhancements for larger screens started to thrive. At that point, Xiaomi made the risky decision to introduce the Xiaomi Pad 5 tablet in India months after it had been made available elsewhere. The gamble was well worth it, and now the company is back with a new tablet but under the Redmi brand name.

The Redmi Pad is a budget tablet that tries to provide everything to everyone at a fair price. The Helio G99 SoC, a huge battery, a massive 2K resolution panel, a 90Hz refresh rate, and many other features are all included in the starting price of 14,999. Since we have been using the Pad for a little more than three weeks, we are well-equipped to address all of your pressing queries about this tablet. So let’s dive into our full review.

Before starting with the Redmi Pad review, let’s look at the phone’s specifications.

The Redmi Pad doesn’t look like a budget Android tablet, despite being one. As a result of its all-metal construction, it feels great in the hand. Thanks to the flat frame design and even weight distribution, this Android tablet appears lighter than its real weight of 465g. It is also relatively thin, measuring 7.1mm. The tablet’s corners are rounded, despite its flat edges, to avoid them from digging into your hands while you use it in either portrait or landscape mode. The Pad is available in three color options: Mint Green, Graphite Gray, and Moonlight Silver, and we have the Mint Green variant with us for review. 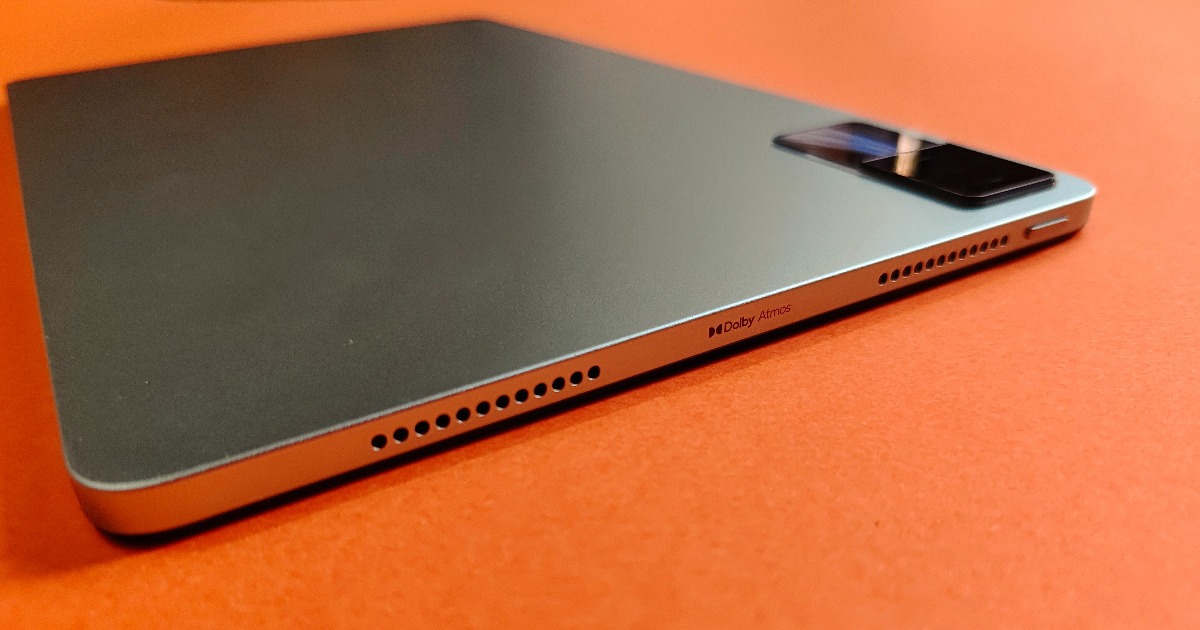 When holding the tab in portrait mode, you can see the button placement as follows: a power button at the top, volume rockers on the right, an SD card slot on the left, and a USB Type-C port at the bottom. For optimum stereo separation, the tablet sports a quad-speaker configuration, with two speakers each placed on the top and the bottom. 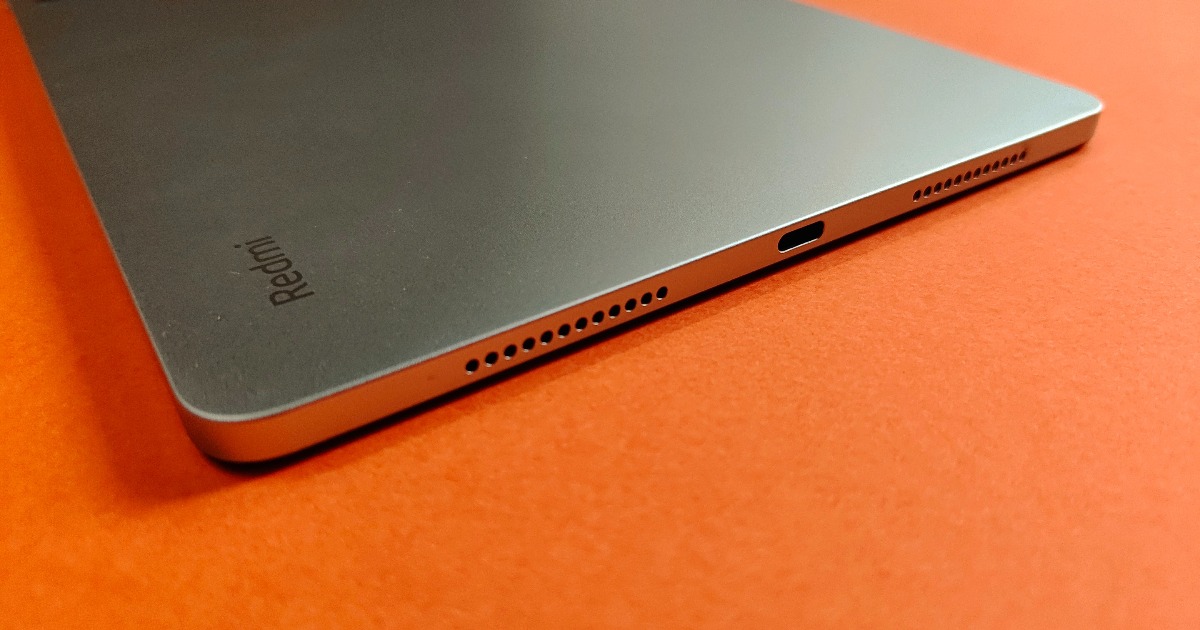 The 3.5mm audio jack and the smart connector pins that were present on the Xiaomi Pad 5 are absent. With an 8MP selfie camera on the wider side for better-looking selfies and video calls and an 8MP camera on the rear, the Redmi Pad nails the location of the cameras just right.

The Redmi Pad has a sizable 10.61-inch screen with a resolution of 2000 × 1200 pixels and a maximum brightness of 400 nits. The Pad’s 90Hz refresh rate display and support for up to a billion colors give it a slight edge over the competition. Contrary to the Xiaomi Pad 5, this tablet lacks Dolby Vision support and HDR10+ certification, but its 10-bit screen can still display 70% of NTSC content. 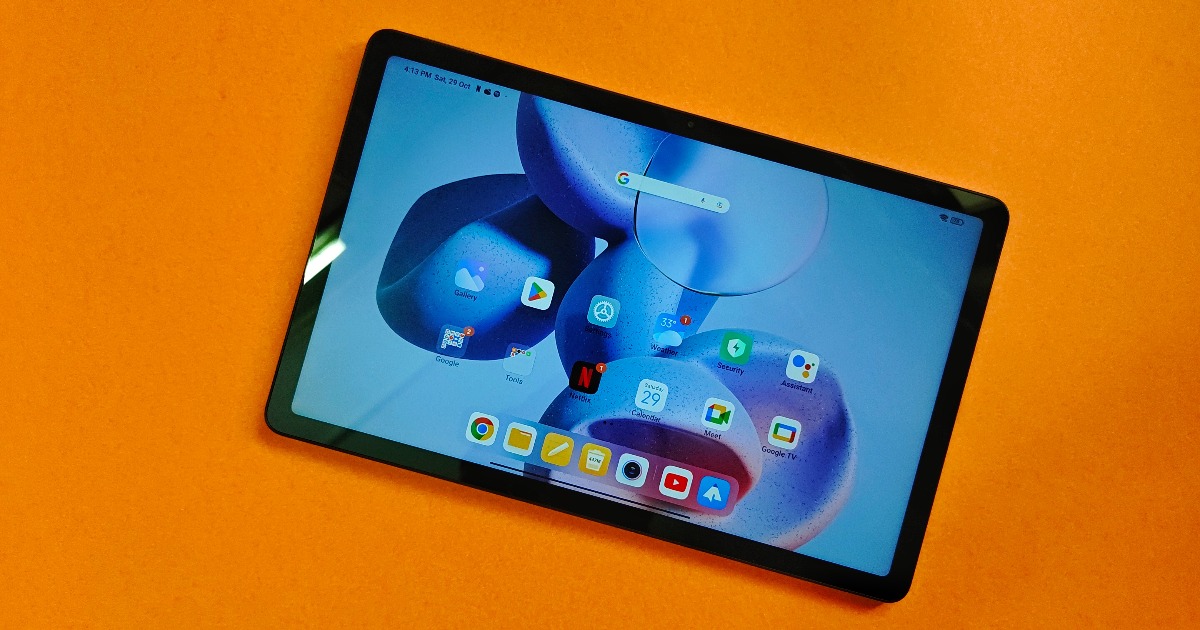 Gaming, working, and watching videos are just a few of the things that the panel’s 15:9 aspect ratio makes it ideal for. You can watch full-HD content on Netflix and other OTT services thanks to the Pad’s Widevine L1 certification as well. This, along with the quad-speaker arrangement and Dolby Audio, results in a reliable streaming setup that is also on a shoestring budget.

Overall, for the price, the panel used on the Redmi Pad seems solid, however, it lacks proper protection, so getting good quality tempered glass is recommended.

The Redmi Pad ships with the MIUI 13 based on Android 12 out of the box. The software runs incredibly smoothly and tastefully on the Redmi Pad. During the three weeks we used it, the user interface (UI) showed no signs of stuttering. Furthermore, we discovered no software bugs, and bouncing between modes was simple. Bloatware situation is also on check with the Redmi Pad, which further enhances the experience.

MIUI is known for being feature rich with a tonne of customization options available on top of stock Android. Some of the features included on the tablet are floating windows, split screens, etc. Although certain apps do not support split-screen natively, Xiaomi has stated that it is working with additional developers to enhance the Redmi Pad experience. We observed that the Pad frequently killed off background apps due to a minor RAM management issue.

The MediaTek Helio G99 SoC, which we most recently saw in the POCO M5 smartphone, powers the Redmi Pad. The Redmi Pad can swipe between apps and browse the web with reasonable ease. We tested a number of well-known titles for the review, including Call of Duty: Mobile and Asphalt 9 Legends, and they all ran without a hitch.

In terms of sheer speed, the Redmi Pad produces respectable benchmark results. It scored 527 and 1852 on Geekbench v5’s single-core and multi-core tests, respectively, and 339459 on the AnTuTu v9. The results we obtained for the POCO M5 are fairly comparable to both of the outcomes here. The 90Hz refresh rate of the panel helps the pad appear smoother than its competitors. This and all the software features make the Pad the ideal option for those looking for an excellent tablet at a reasonable price.

One thing to keep in mind is that the OPPO Pad, which is the closest competitor, and the Xiaomi Pad 5 both support an active stylus, whereas the Pad does not. Nevertheless, the Redmi Pad functions fairly well with a third-party capacitive stylus.

The Redmi Pad has 8MP cameras on the front and rear. The back camera is mostly utilized for document scanning due to its poor dynamic range and slightly washed-out colors. You always look directly into the camera during video chats because the front camera is on the right bezel, which is advantageous for selfies. The Pad also gets  Focus Frame, a new feature, that works similarly to Centre Stage on iPads by changing the frame in response to your movements and even expanding the field of view up to 105 degrees. 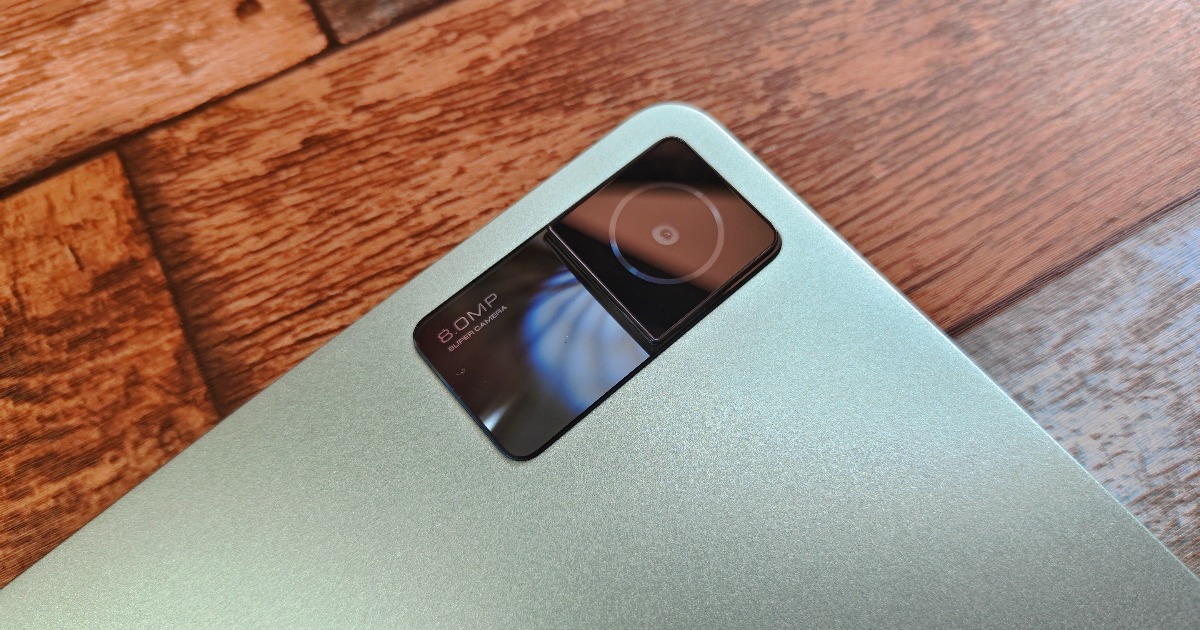 The Redmi Pad gets its juice from a large 8,000mAh battery. In our tests, Redmi Pad lasted almost 15 hours on a loop test. Because of the size of the panel, the tablet may easily last 3–4 days with mixed-use between charges, with a 5% battery loss when in standby mode. The Pad comes with a 22.5W fast charger, although it can only handle 18W of power at a time. With the supplied brick, it takes over 2 hours and 30 minutes to fully top-up the battery.

The Redmi Pad is undoubtedly a fantastic choice for anyone looking to buy an Android tablet for less than INR 20,000 because of all of its hardware and software capabilities. It is ideal for the majority of use cases, including gaming, and nails the essentials with a potent processor, a sizeable battery, and a widescreen. It does, however, lack a few essential features, such as a headphone jack and an LTE option.

Customers seeking an LTE tablet might consider the Realme Pad X or the OPPO Pad, both of which provide a comparable set of capabilities. 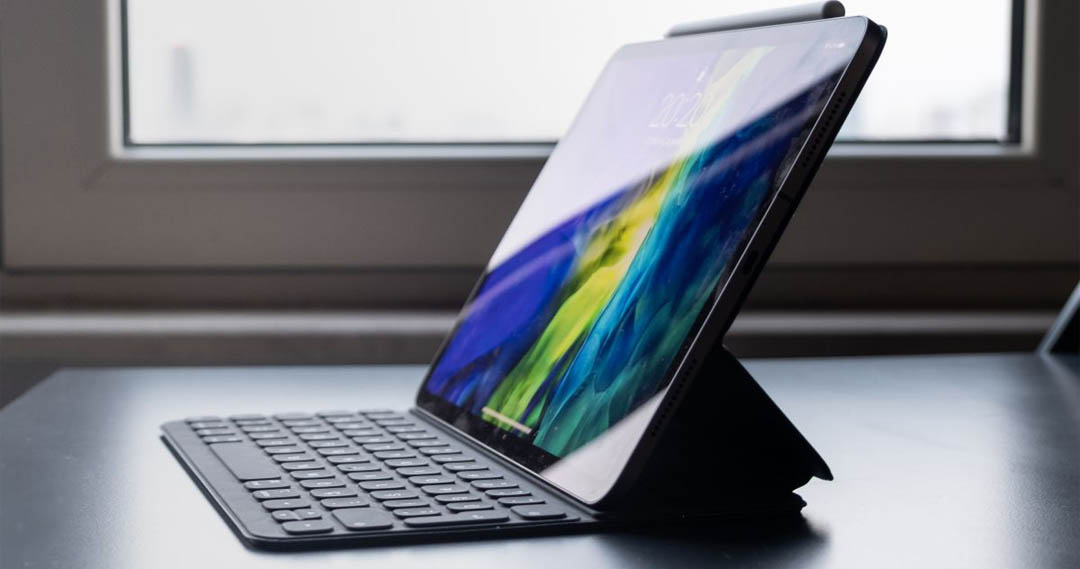 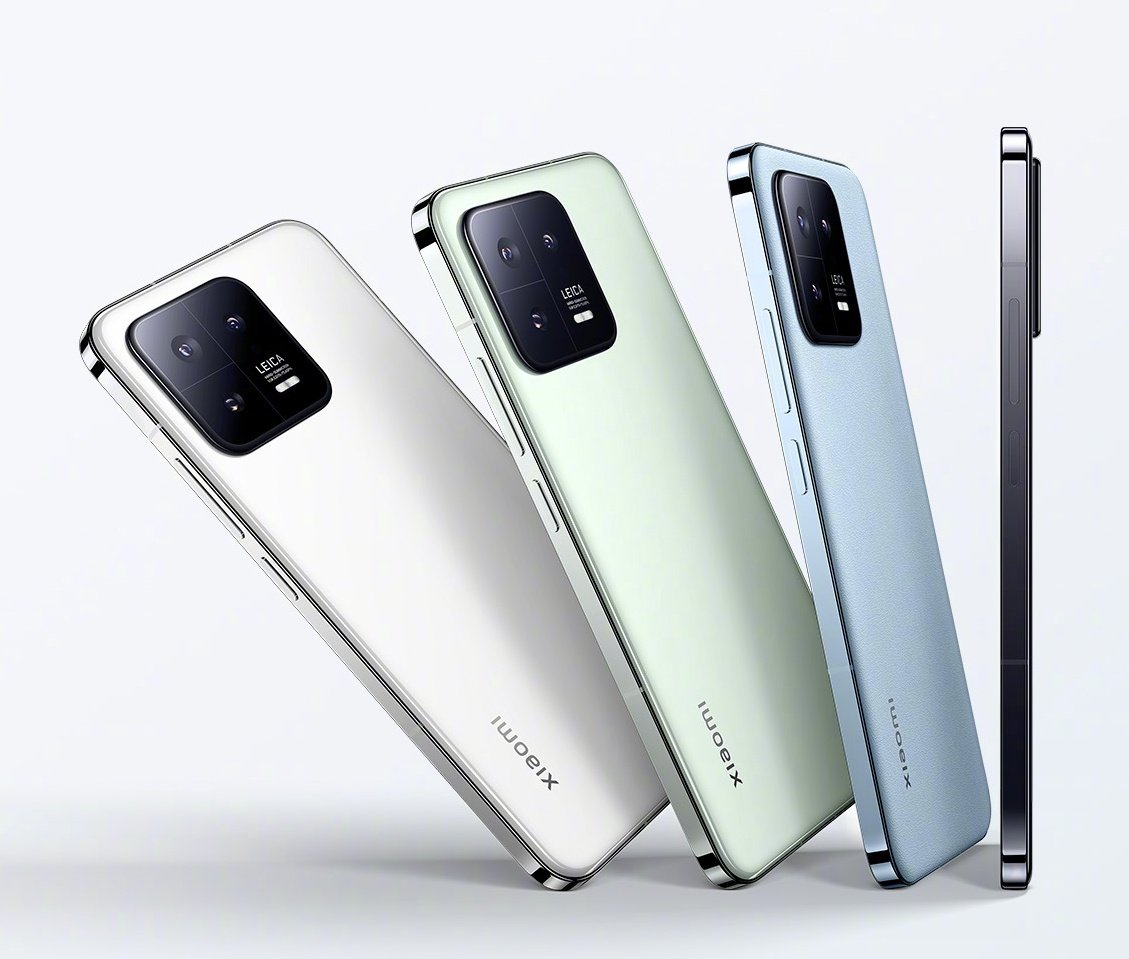 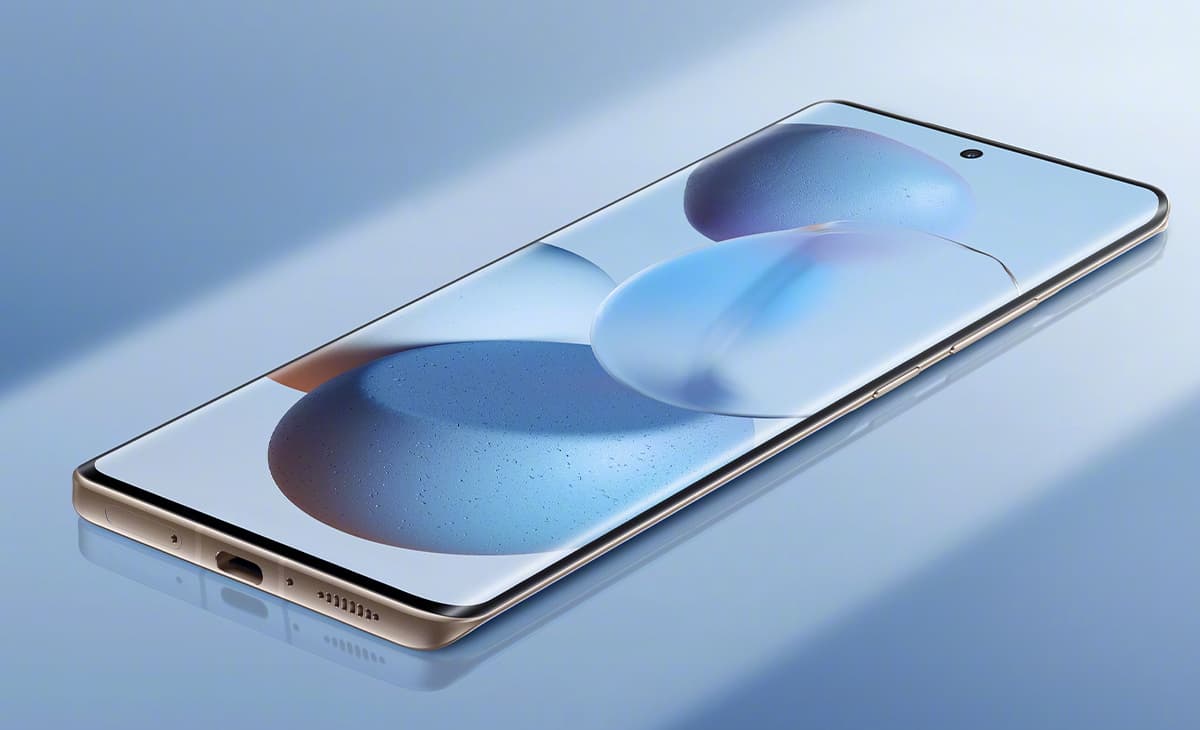 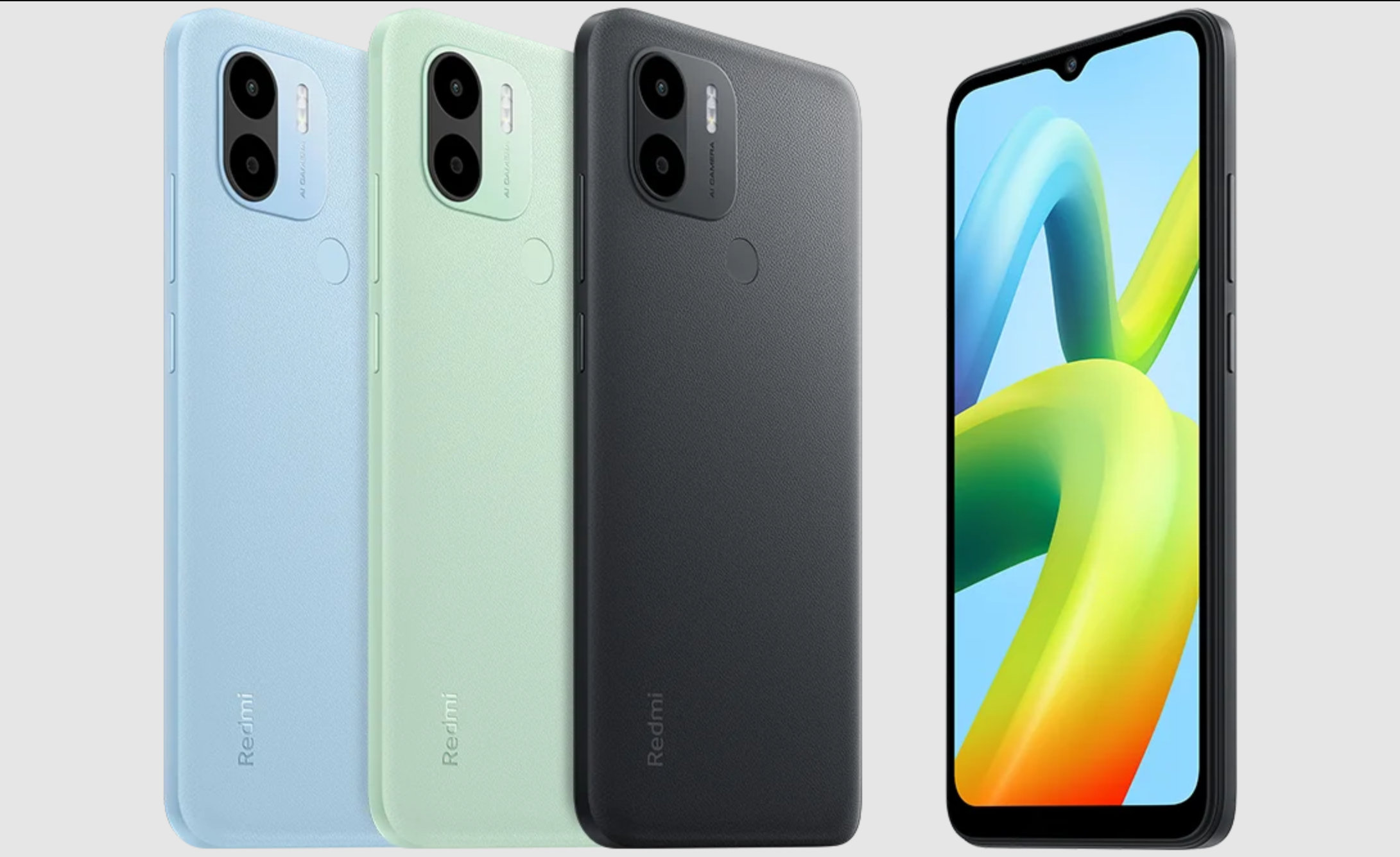 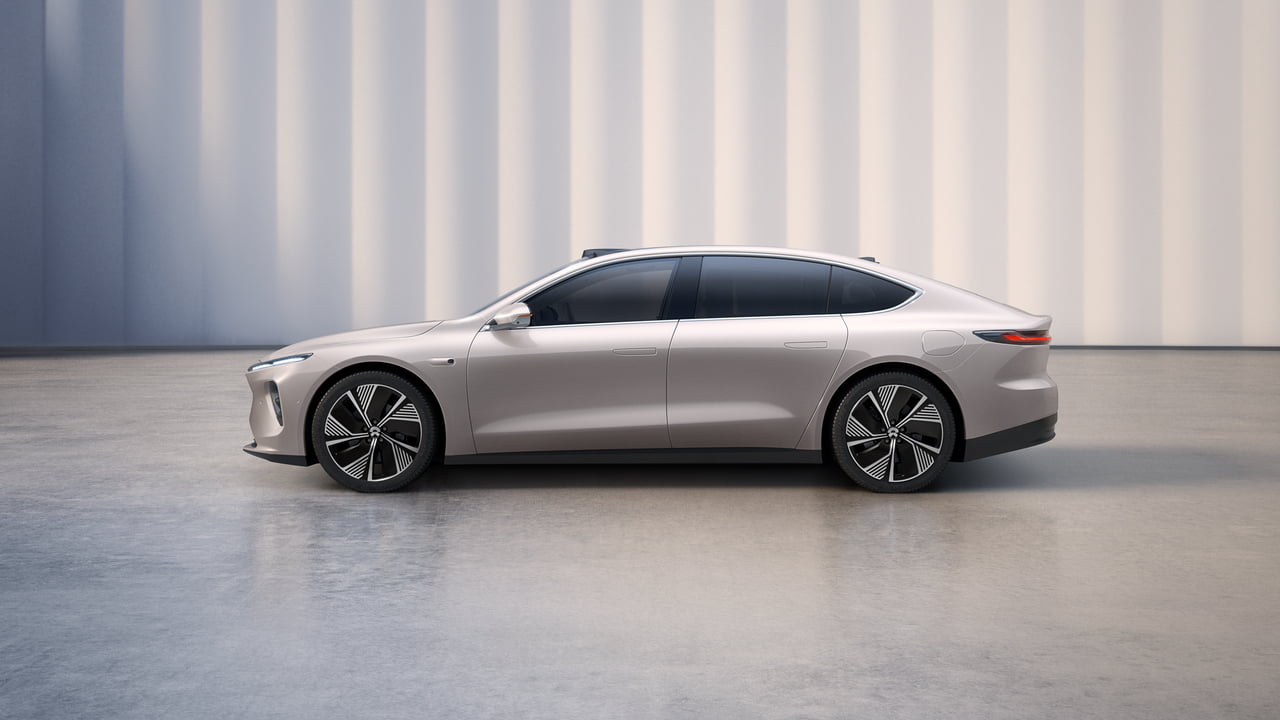