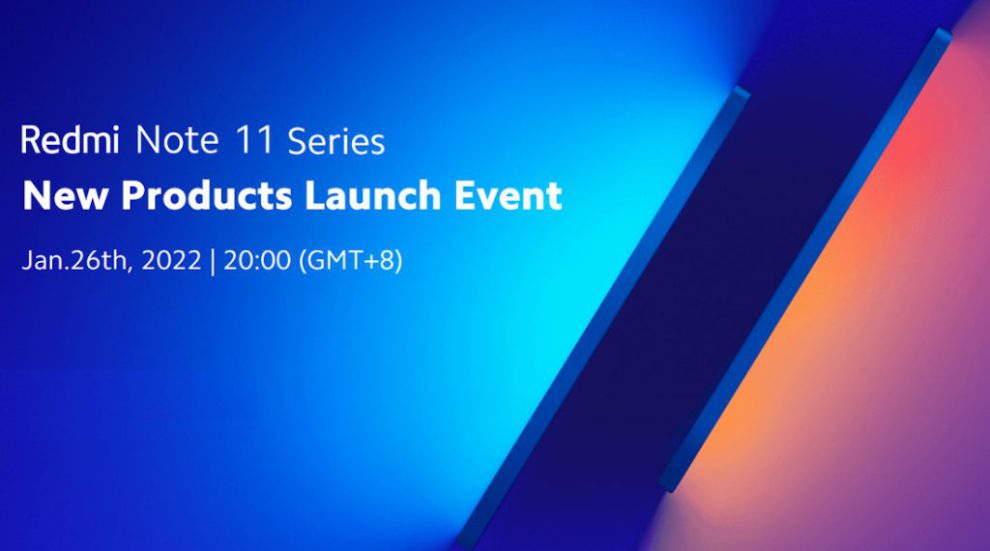 As Redmi India is teasing the Note 11S for India, Xiaomi has gone ahead and teased the launch date for Redmi Note 11 series global launch. Through their social media channels, Xiaomi global announced that the brand will announce the Note 11 series in the European region on January 26th.

From the looks of it, the Note 11 series will have at least three models this time with the Pro and Pro+ being a rebrand of the Xiaomi 11i series but with a Qualcomm chip inside. For a refresher, the Xiaomi 11i comes with a 6.67-inch Full HD+ AMOLED panel with a 120Hz refresh rate. On the optics front, both the Xiaomi 11i and 11i Hypercharge utilize a triple camera setup which comprises a 108MP primary camera, an 8MP ultra-wide lens, and a 2MP depth sensor. They have a side-mounted fingerprint sensor, stereo speakers, and IR blaster. Selfies on both models are managed by 16MP sensors.