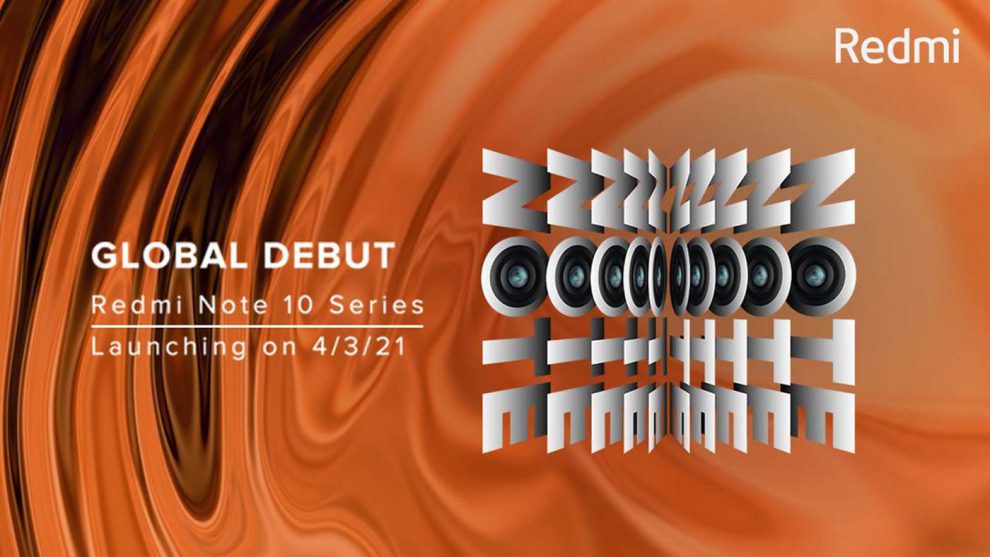 The event happening on March 4th will also be marking the Global debut of the Note 10 series. Usually, Xiaomi launches these models first in their home market China followed by the Global launch. This shift could be attributed to the fact that the Note series has been grown immensely and is the bread and butter for Redmi.

We will be seeing a version of the Note 10 supporting 5G, something first for the Redmi Note 10 series. The teaser we saw last week, also stresses on camera, and we might see some major upgrades in this department. As for the standard info, we can confirm from our sources that the Note 10 series will sport 120Hz refresh displays. Redmi Note 10 series will also be the very first Note series to pack AMOLED panel at least on the Note 10 Pro variant. Other specs we might see are the use of the latest Qualcomm Snapdragon processors, namely the snapdragon 732G and 750G, 5,000mAh batteries with support for fast charging, glass sandwich design, and up to 6GB RAM.