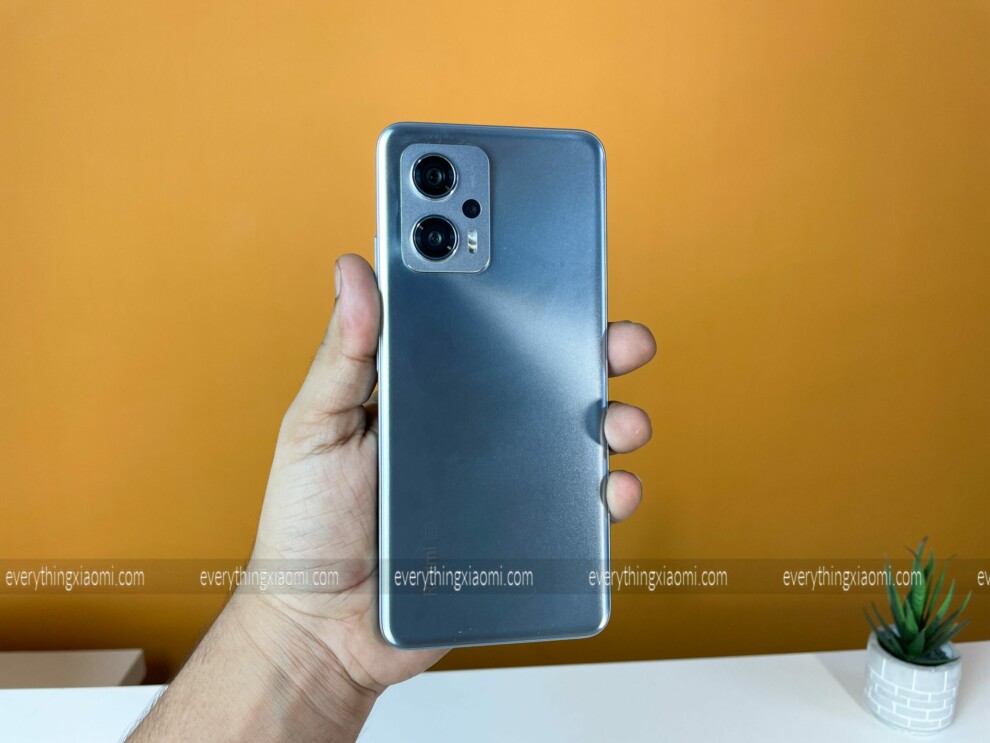 The Redmi K20 series was among the recognizable smartphones that elevated Redmi as a brand among the Android operating system devotees. Even though it was released over three years ago, the phone still has a sizable user base. Given the response, Redmi’s decision to hold off on announcing a K20 replacement seemed perplexing, but things are now different. With the release of their K50i smartphone, the company is again active in the mid-range market.

With companies like Motorola, OnePlus, Samsung, and Realme all throwing their big weights into the game, the competition in this market is more brutal than it has ever been. The Redmi K50i has the price quotient working in its favor with a starting price of INR 25,999. For that money, you get a reasonably strong SoC, a tried-and-true camera setup, and an unexpected display option. Will the Redmi K50i be able to take the place of the K20? Let’s find out in our full review.

Before starting with the Redmi K50i review, let’s look at the phone’s specifications. 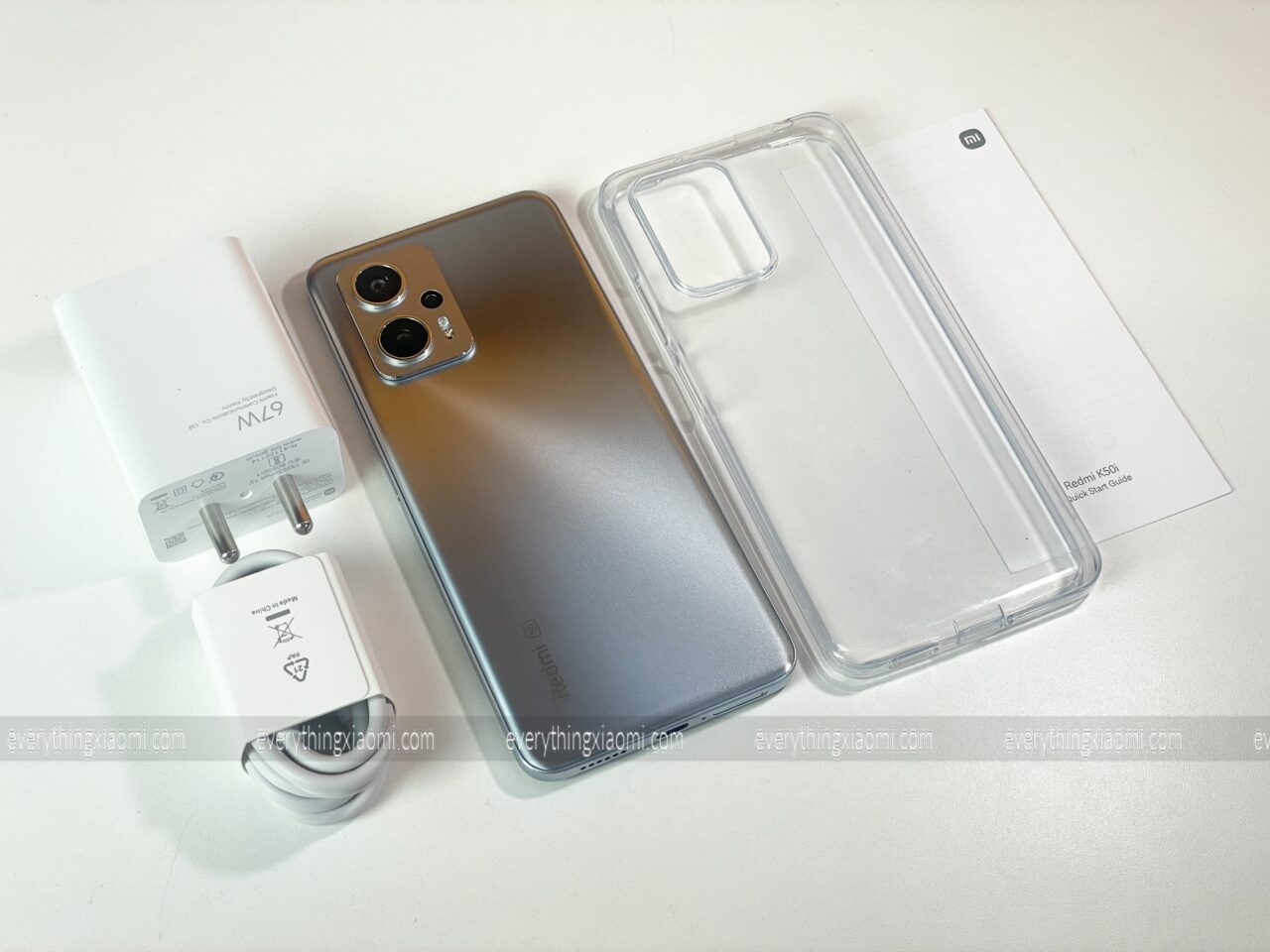 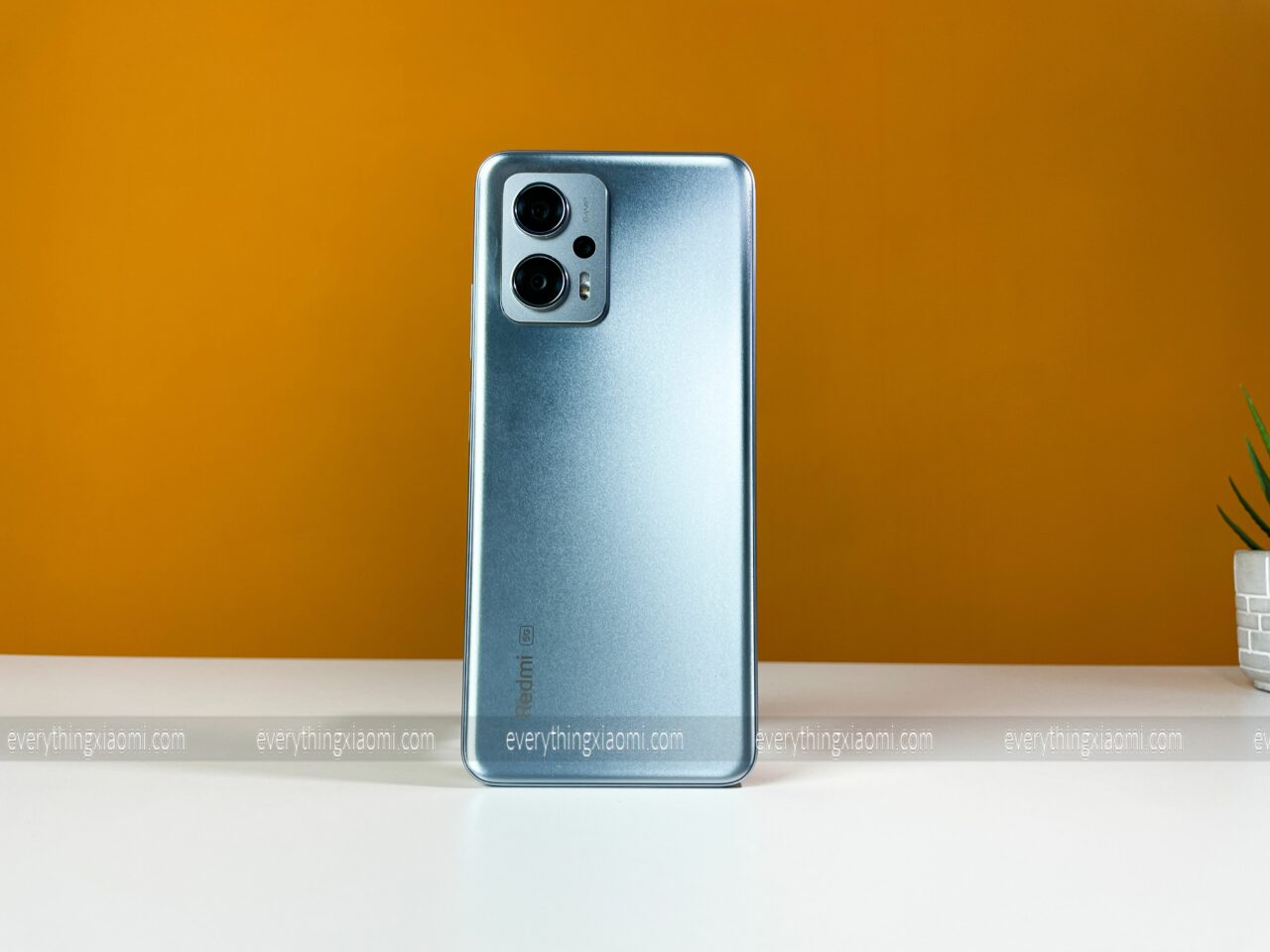 The Redmi K50i adheres to a design aesthetic that is quite typical in this pricing range. The fit and quality are the only things that set them apart. The phone’s whole body is made of plastic, while Gorilla Glass 5 shields the screen. The handset comes in three shades, however, for this review, we have the glittering silver variant, which has a slightly textured finish and a color-changing capability.

Starting at the rear, you are greeted by a large rectangular camera housing with two individual rings for the sensor and the Redmi logo placed on the bottom. The front of the phone has a large Liquid FFS LCD with hefty bezels and a center punch-hole that houses the selfie camera. In comparison to the competition, the bezels surrounding the display are somewhat substantial, which is to be expected on a phone with an LCD panel.

The power button, which also functions as a fingerprint scanner, and the volume rockers are located on the right, leaving the left side blank. The speaker and USB Type-C port are situated on the bottom, next to the SIM tray. A second speaker, a high impedance 3.5mm audio jack and an IR blaster are visible on the top, while the earpiece is wedged between the display and the outer frame. 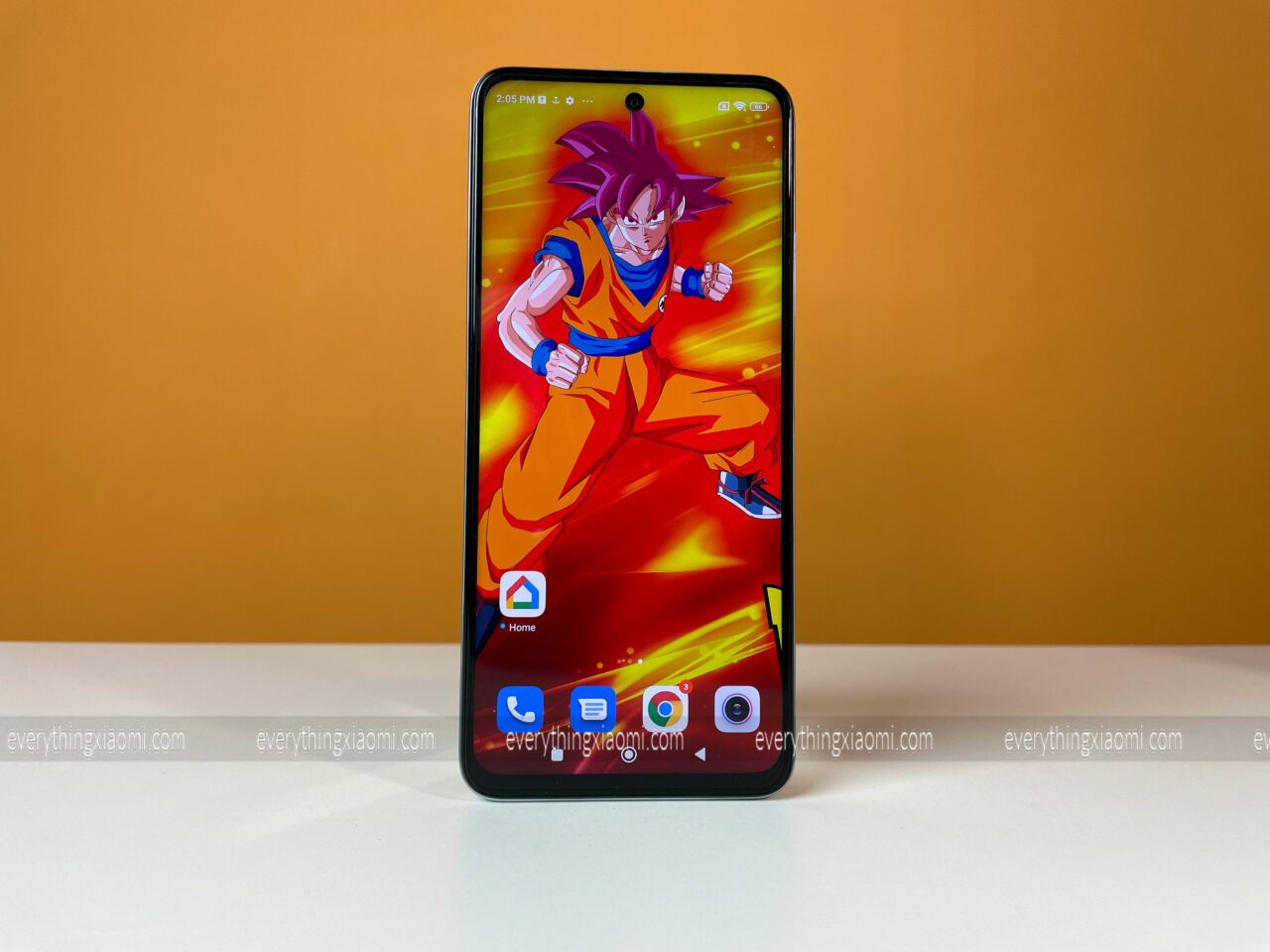 The Redmi K50i features a 6.6-inch Liquid FFS LCD with Corning’s Gorilla Glass 5 protection and a center punch hole. The phone offers a premium appearance and feels thanks to the cover glass’s gentler curve. The phone’s display features a touch sampling rate of 480Hz and a maximum refresh rate of 144Hz. This is what Redmi refers to as an adaptable panel, and depending on what is being displayed on the screen, it may alternate between a total of 7 refresh rates.

The K50i is also the only smartphone in its price range with a 144Hz display, but the display technology is where the criticism resides. Redmi chose an LCD panel for the K50i in order to reduce costs as opposed to the AMOLED panels that the K20 series used. However, Redmi has equipped the phone with a top-notch LCD display that is HDR10 certified and can even output Dolby Vision material on select OTT platforms in order to counter some criticism.

The display performed admirably in our testing, standing its footing and delivering on all key fronts. Whether it be the realistic colors or the visibility outdoors. Due to the Redmi K50i’s display’s high pixel count, Dolby Vision support, and HDR10+ certification, the video feels clear and crisp. Amazon Prime Video HDR streams tended to be a touch dark, and compatible content on Netflix appeared perfect. 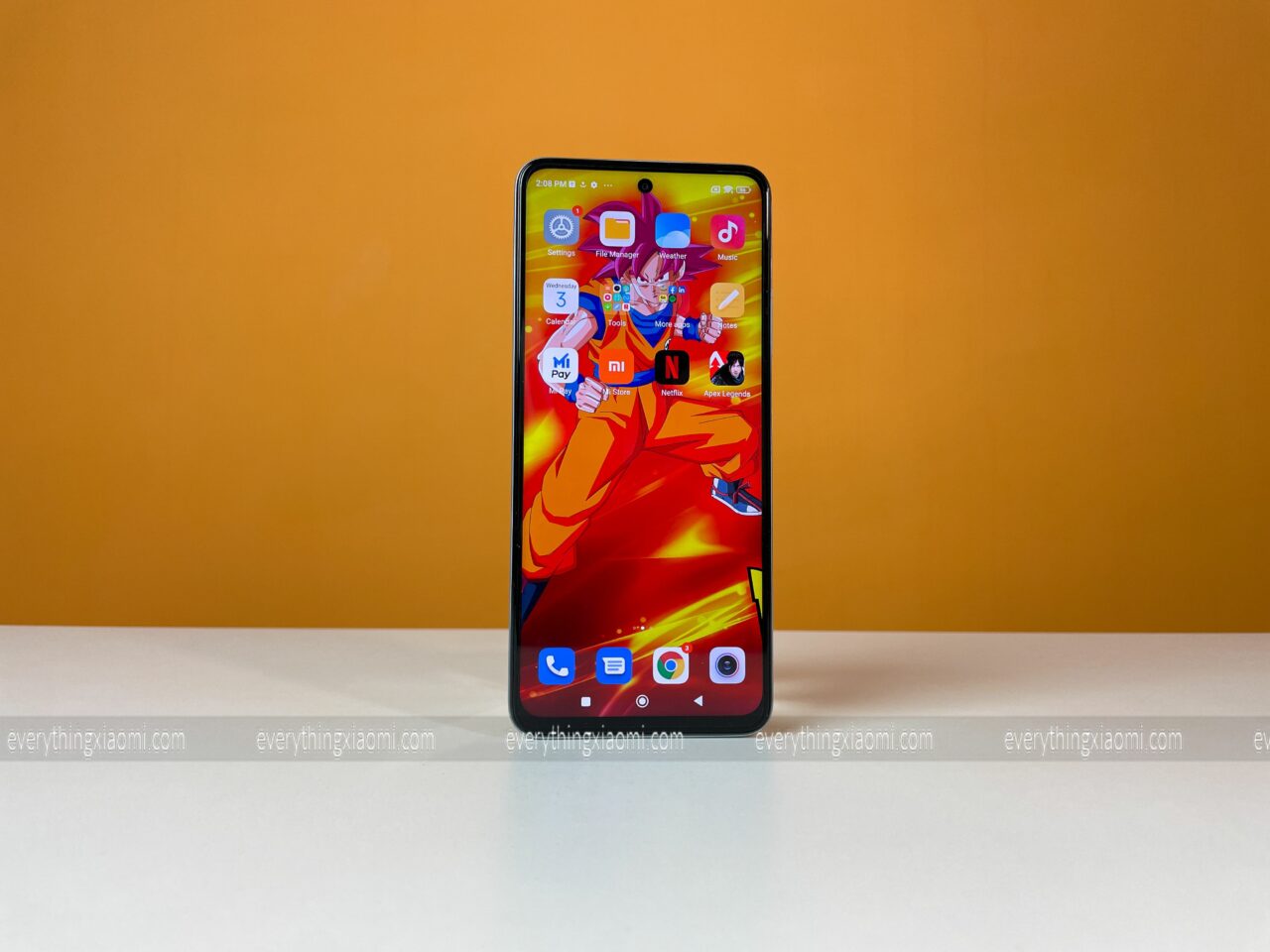 Xiaomi’s MIUI 13, which is based on Android 12, powers the Redmi K50i. This MIUI build incorporates the new widgets, permissions manager, and privacy dashboard, all of which are essential Android 12 features (called Privacy Protection). Even while MIUI 13 still has some bloatware, including some applications with the Xiaomi name and some from third parties, it is an improvement over previous versions. The annoying pop-up notifications urging you to update apps through the GetApps store can currently not be stopped, however, we are hopeful that this will change in subsequent updates.

Xiaomi’s MIUI is a robust custom Android skin that adds cool features and smooth animations. During setup, the phone gives you the option to choose your own homescreen layout, theme, and wallpapers. The UI has clever gestures scattered throughout it to perform actions like the 3-finger gestures. We would want to see other OEMs follow suit because we particularly liked the addition of a smart home control panel to the notifications panel. Apart from this, the UI was smooth and we encountered little to no problems while using it. 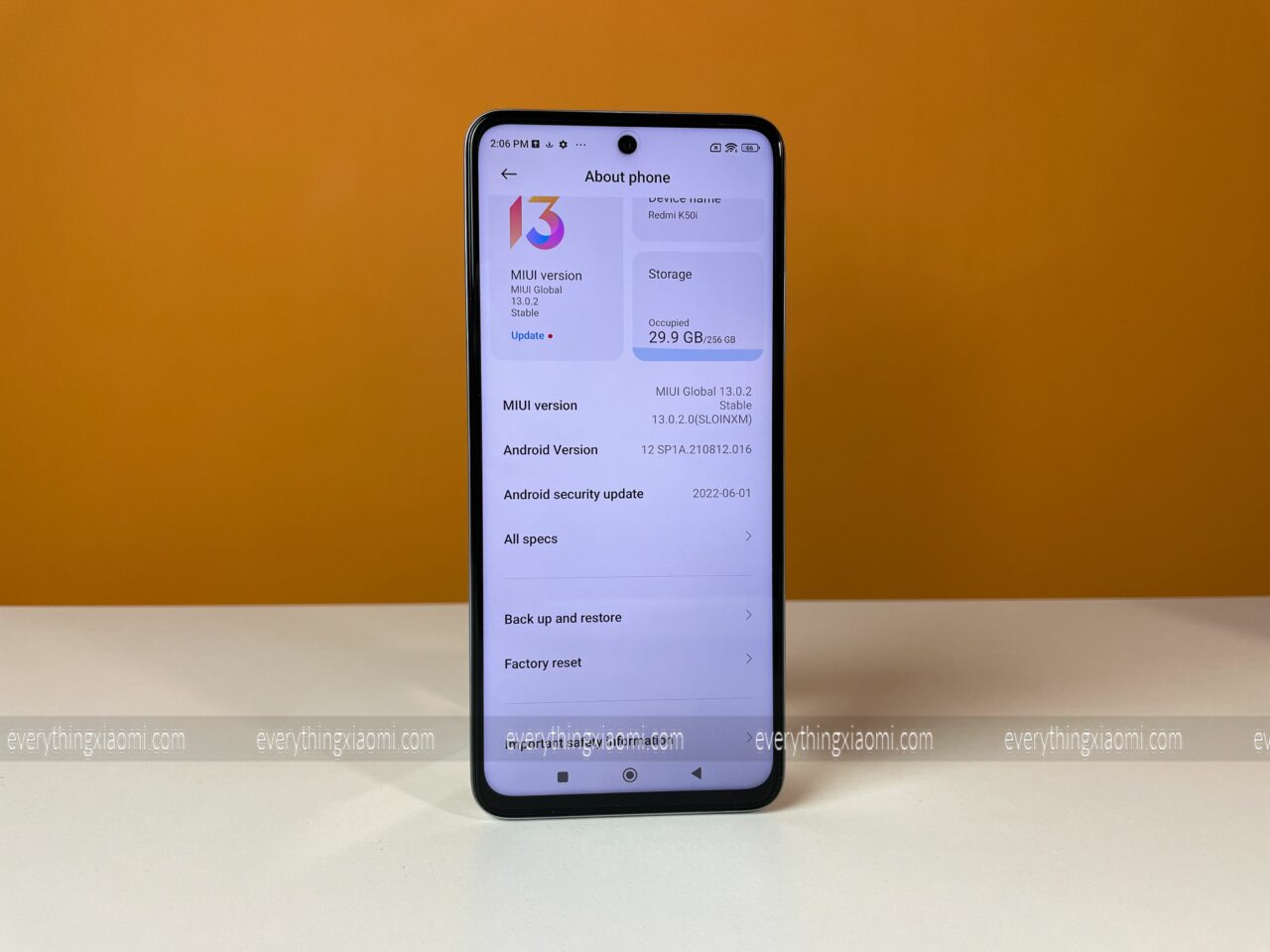 The Redmi K50i makes no compromises when it comes to performance and is possibly one of the top-performing smartphones for its price. The MediaTek Dimensity 8100 SoC, which competes with the Qualcomm Snapdragon 888 and beyond, powers it. This chip is well-known around the world for providing steady performance without experiencing thermal problems. Redmi has nevertheless included a sizable vapour cooling chamber just in case, for peace of mind.

We put the K50i to its paces and didn’t really observe any latency or overall UI sluggishness. This phone periodically displays the same aggressive RAM management as is present on MIUI. Expanded Virtual RAM, which is more common in modern custom skins, is now further accessible. During the testing period, we played a few games, and we found that PUBG, Call of Duty: Mobile and Valorant functioned well at medium to high graphic settings and were rather entertaining.

Additionally, the K50i reinstates the 3.5mm audio port, however, it is not a standard one. A high-impedance unit that can easily operate audiophile-grade equipment has been added by the company. The speaker configuration is similar, with the dual-firing speakers giving a punchier sound. In order to let you tailor the sound to your tastes, the phone also comes with a selection of Dolby Atmos audio presets and an equalizer. These features alone make up the Redmi K50i a serious content consumption smartphone. 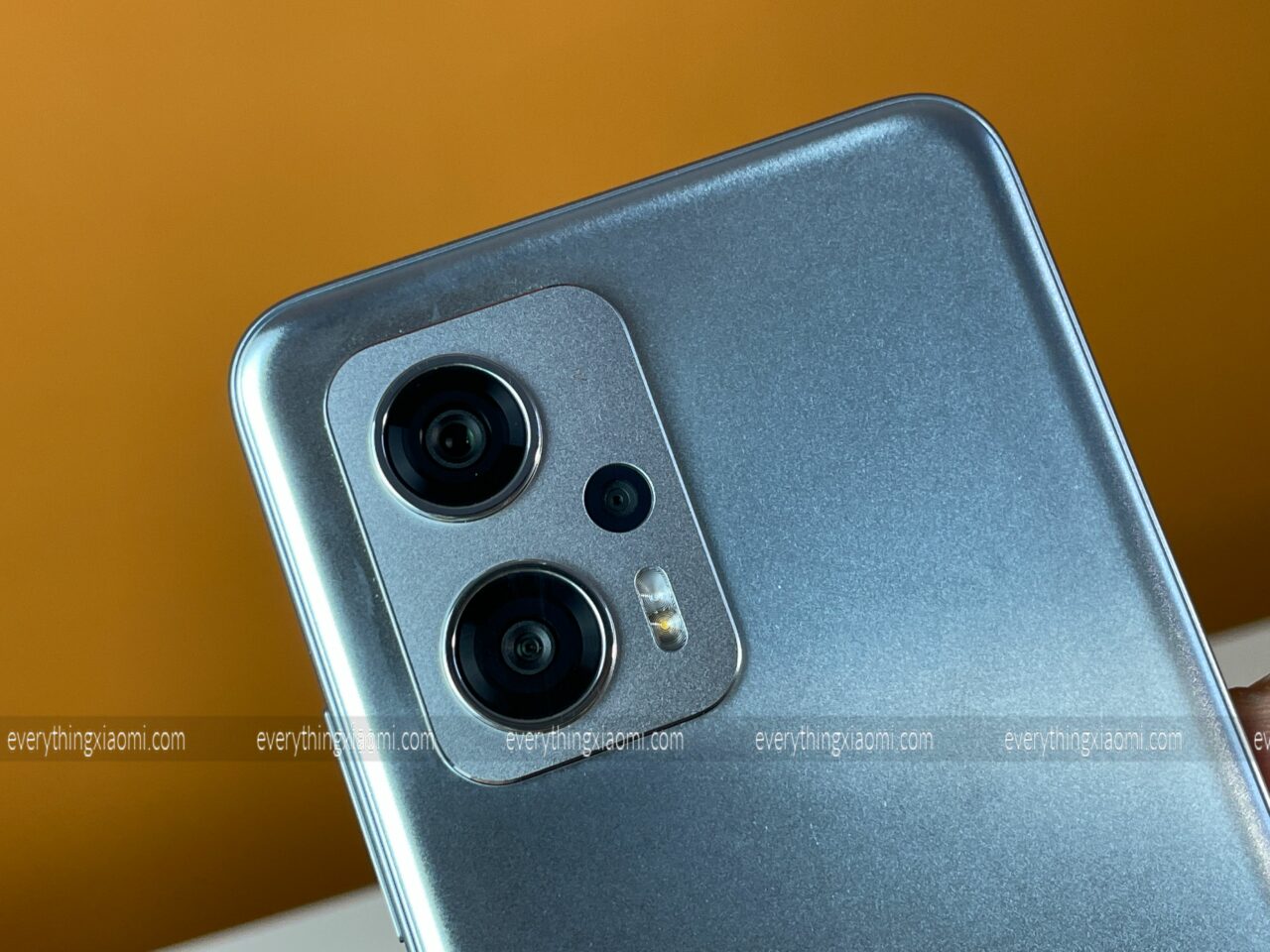 In terms of imaging, the Redmi K50i features a triple camera arrangement on the back, including a 64MP primary sensor, an 8MP ultra-wide lens, and a 2MP macro sensor. The phone has a 16MP camera hidden in the punch-hole that is used for selfies. The camera app will be recognizable to anybody who has recently used a Xiaomi phone. 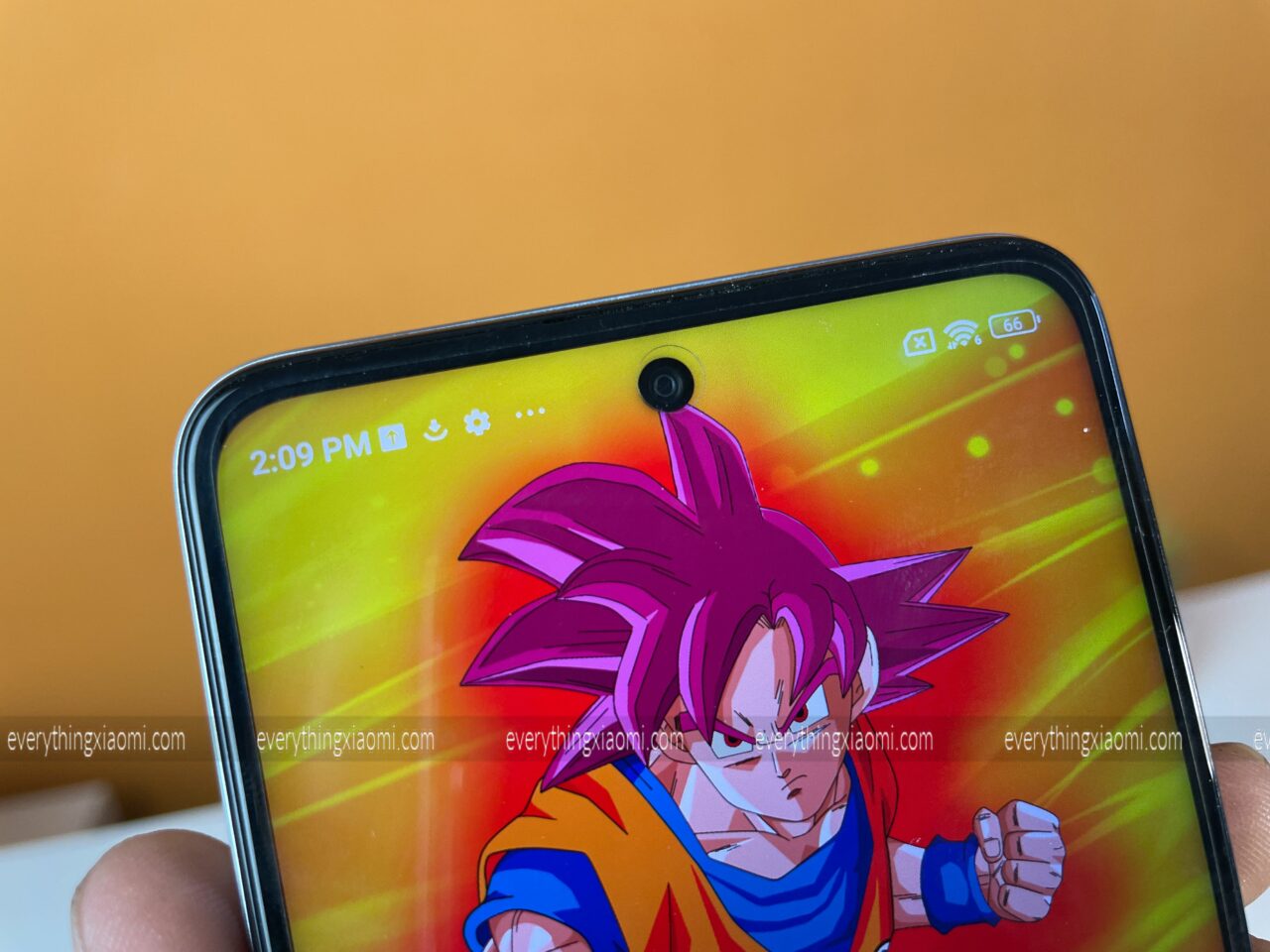 In terms of camera performance, both in good and bad lighting, the phone’s main camera can capture some acceptable shots. The ultra-wide camera was great for capturing landscape photographs and was able to catch some fair detail, albeit not as good as the primary camera. Although the macro is acceptable, we would like that the company integrates it with an adequate third sensor and an ultra-wide lens. Regarding selfies, there is still potential for development. Despite functioning effectively throughout the day, the selfie camera tends to blow out backgrounds in Portrait mode when used in bright environments. In low light, image quality was, at most, passable. 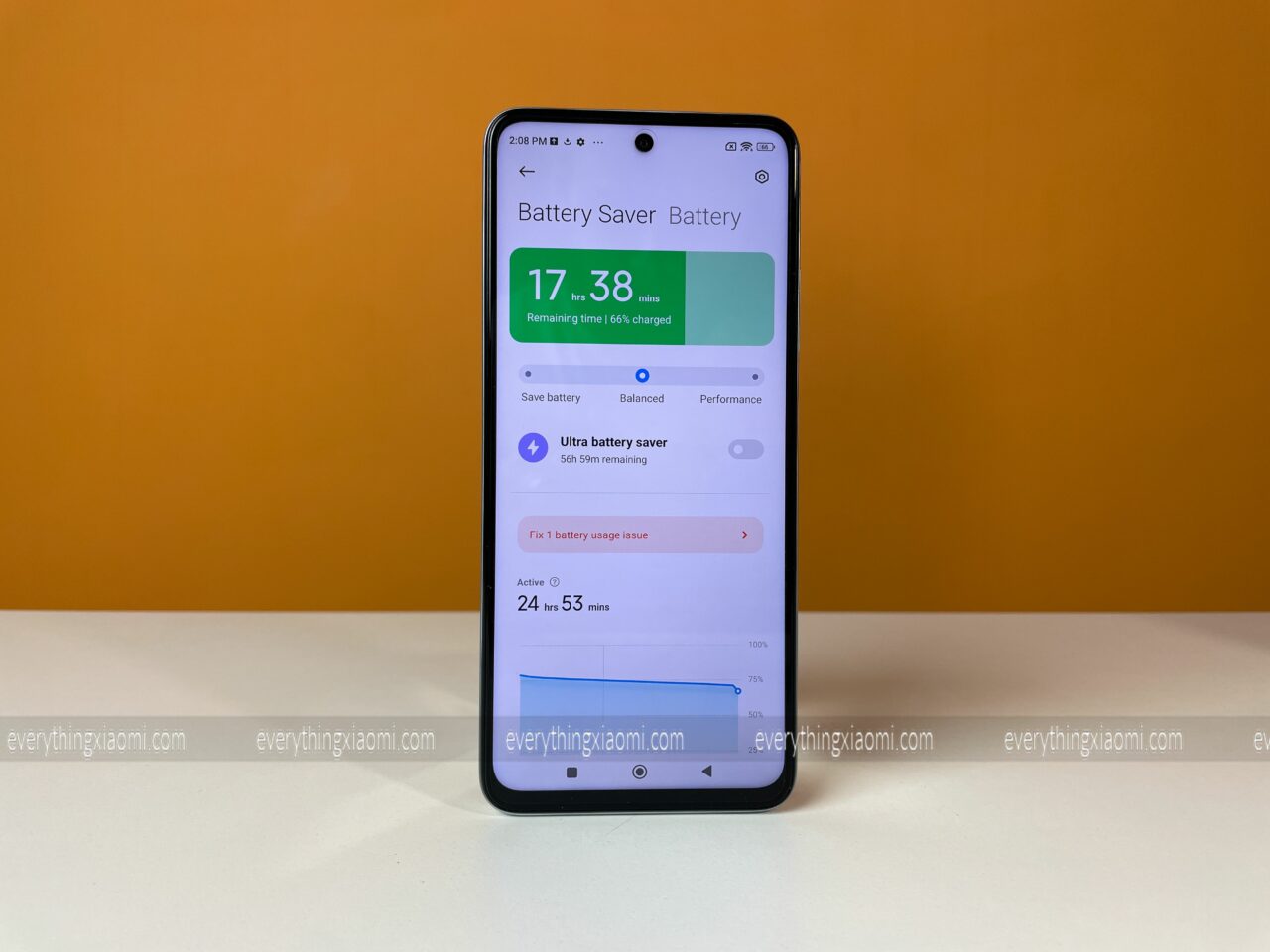 Regarding the Redmi K50i’s battery life, we have no issues to report. The phone has a reliable 5,080mAh battery that readily provided a full day of use with 30% or less remaining in the tank in our usability tests. The included 67W fast charger makes quick work of charging this cell phone; it takes less than an hour to completely charge the device. 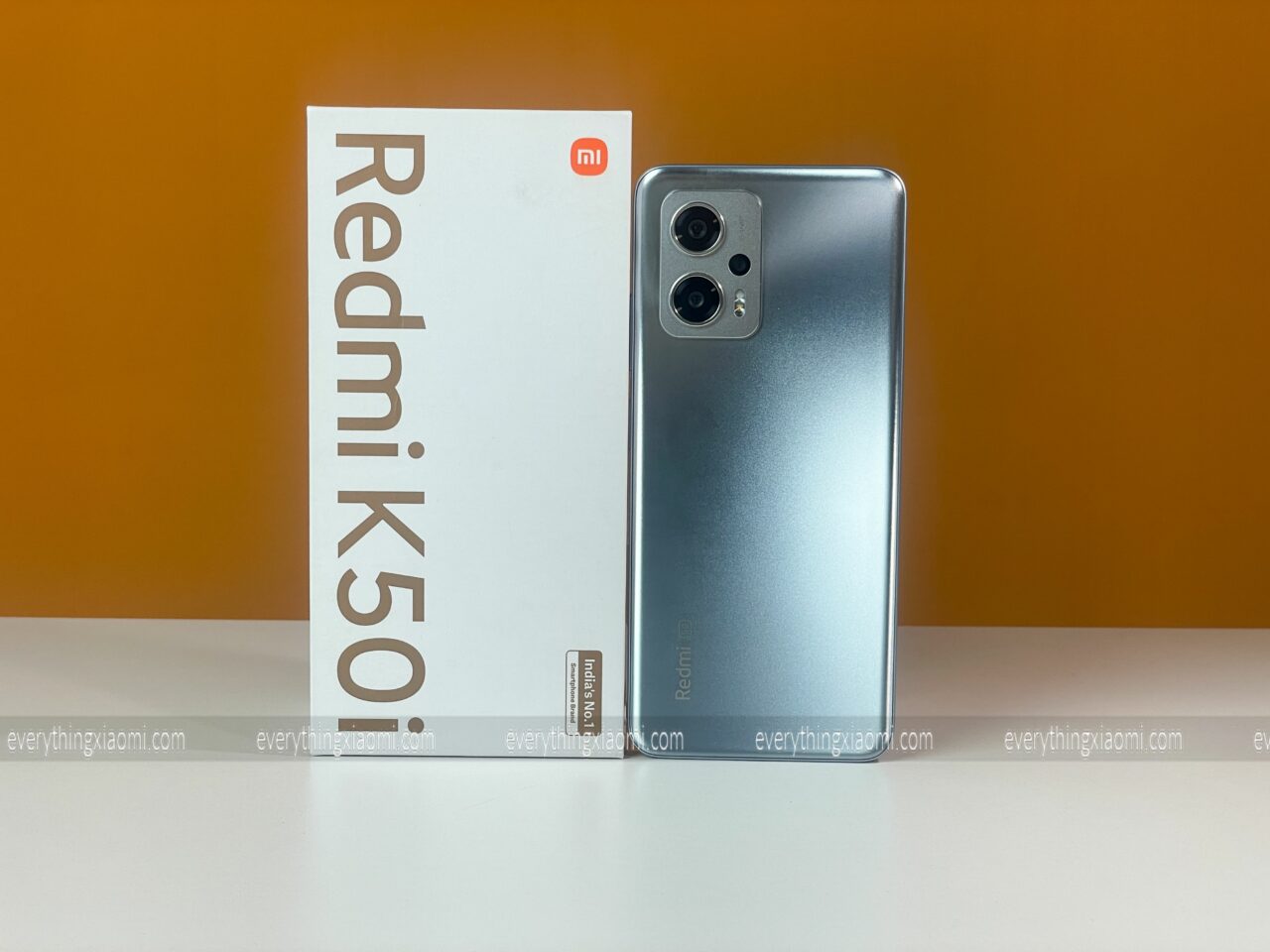 The Redmi K50i continues the tradition started by the Redmi K20 series. There are several things in the smartphone’s favor. For instance, the software is solid, the performance is excellent, and the feature set is competitive. Along with the 67W fast charging capabilities, the smartphone’s battery life is another feature to laud. Then there is an average camera system that provides decent quality shots but certainly needs work.

The K50i does some credit to the idea, but it is undoubtedly not a balanced product. Gamers and other power users will appreciate this smartphone’s focus on performance, while others would be left wanting something little more.