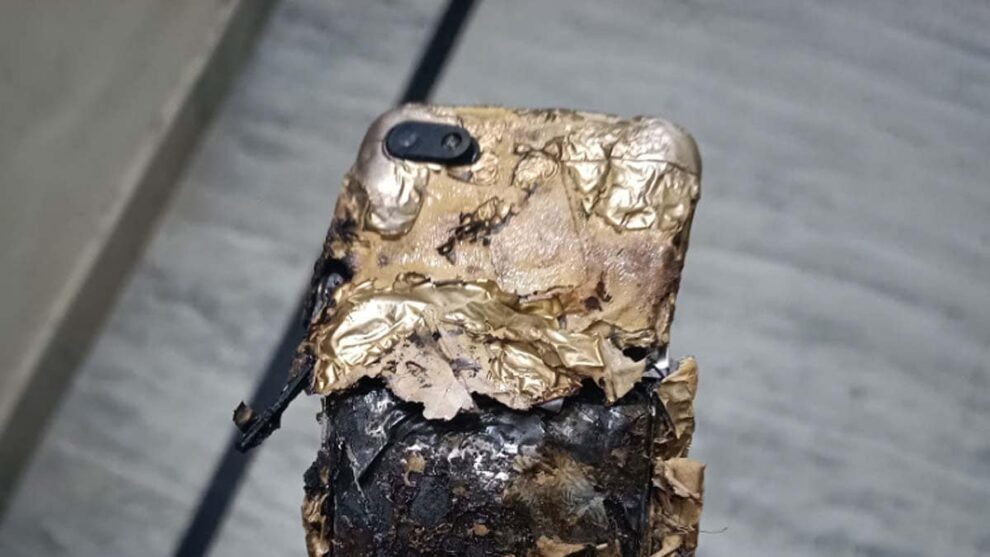 Smartphone batteries exploding and going up in flames isn’t anything new, sometimes causing injuries and even death in rare instances. The latest such event has taken place in the Delhi-NCR region where an elderly woman succumbed to injuries caused by the bursting of her Redmi 6A smartphone.

According to what the woman’s nephew revealed, she slept with her phone by her side on the bed. However, on that fateful night, the Redmi 6A exploded causing grievous injuries to the woman. Later, the nephew who is also a YouTuber and is identified by the name MD Talk YT shared pictures of the accident which showed the woman lying in a pool of blood as well as the twisted and mangled remains of the smartphone.

Xiaomi India sources have taken notice of the incident and have stated they are investigating the issue to find out what caused the Redmi 6a smartphone to explode. The company said they accord a very high priority to the safety of its devices to ensure they cause zero damage to human users and their environment and property. The company also revealed in a Tweet they are working to reach out to the affected family and do their bit in their hour of crisis.

Family sources also revealed the woman’s family comes from an extremely humble setting. What has also come to the fore is that the woman’s son is in the Indian Army, and she used the phone mainly to make calls and to watch YouTube videos. However, it is not known what might have caused the phone to explode. Whether it was on charge when the explosion occurred or keeping it tucked beside the pillow somehow caused it to overheat, to the extent that it simply exploded.

It now remains to be seen what Xiaomi’s investigations into this have to reveal about the incident, and whether the company takes responsibility for the incident. If yes, then to what extent?