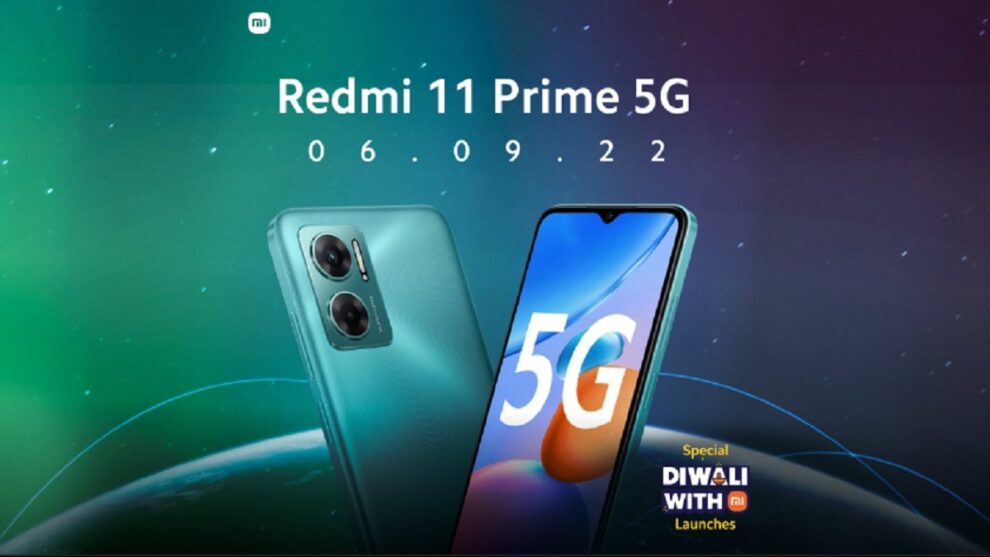 The Redmi 11 Prime 5G is all set for launch in India on September 6, 2022, from 12 PM onwards. This has been confirmed by the company that has put up a microsite dedicated to the launch of the smartphone. The microsite also has some key aspects of the phone to share though much of the information contained therein is rather cryptic.

For instance, the phone is revealed to come with a prime display, prime camera, prime design, prime performance, prime power, and prime connectivity. No wonder, all of the prime bits mentioned on the site are made to rhyme with the phone’s name, that is Redmi 11 Prime 5G. The microsite however did confirm the phone will have a MediaTek Dimensity 700 processor at its core with a 5,000 mAh battery providing the juice. It is not known what the secondary camera is going to be like. There is going to be twin SIM card slots onboard with each supporting 5G connectivity. The phone is going to be available via Amazon.

From the image of the phone as shared by the company, the Redmi 11 Prime 5G is shown to have a waterdrop notch at the front. Further, there is the rectangular camera module at the rear comprising of twin camera lenses and an elongated LED flash. The image also reveals the lack of a fingerprint sensor, which likely is an indication of the same being embedded within the Power button. The phone is shown done up in a shade of mint green. The Redmi 11 Prime 5G is going to succeed the Redmi 10 Prime that the company introduced last year.

The Redmi 11 Prime 5G was seen on the IMEI database earlier where it was identified by model number 19191. The phone also carried the code name Light.