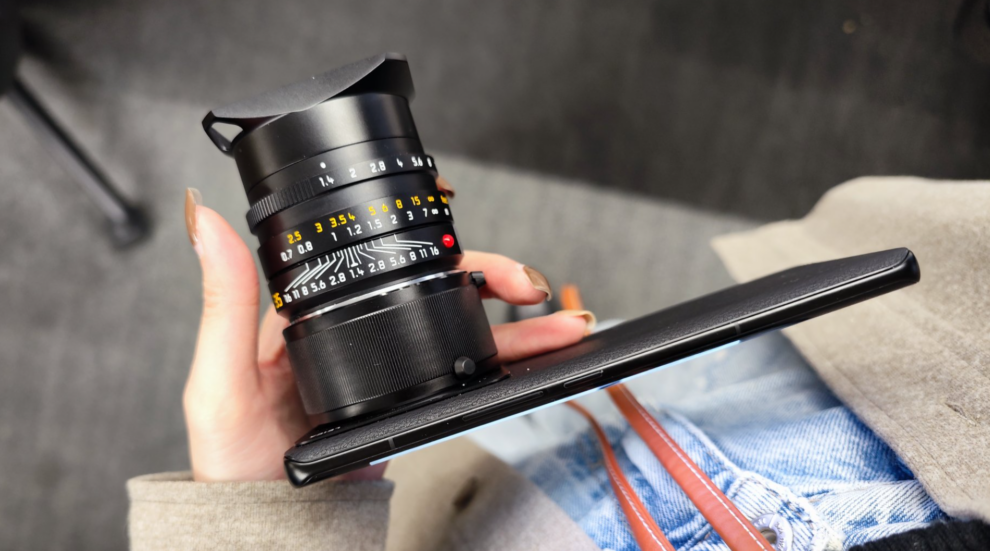 Xiaomi is showing off a new concept phone which is designed to be attached to a full-sized Leica camera lens on its rear. The concept phone happens to be based on the 12S Ultra model. Also, it no doubt is one of the most outrageous concepts we have seen in recent times. As it is, the 12S Ultra is already counted among the best camera phones around which has a lot to do with the 1-inch camera sensor packed at the rear. That easily is one of the largest ever to be packed in a smartphone. Rather, dedicated compact cameras come with sensors that big.

As it is, the 12S Ultra comes with camera sensors that have been developed in collaboration with Leica. However, the ability to attach to a full-sized camera lens will provide far greater camera capabilities that would be practically impossible to achieve on a smartphone form factor. Xiaomi said the concept phone is compatible with the M-series of lenses from Leica. With a lens that big attached to the rear, the phone will be able to capture true field depth leading to a more authentic blurring effect that otherwise would have been achieved via intelligent software.

The above concept phone is going to be interesting in that it will allow the application of Artificial Intelligence based photography software with the advanced hardware setting found in a mirror-less camera. Xiaomi said the concept phone will allow the Lieca lens to draw upon the AI Image Solution software that the phone comes with. This will lead to shooting in 10-bit RAW while also making the most of the several camera modes that the phone supports.

Xiaomi though has ruled out any plans to launch such a camera phone in the market, if at all. It is purely a concept phone built for testing purposes and will likely remain so forever.