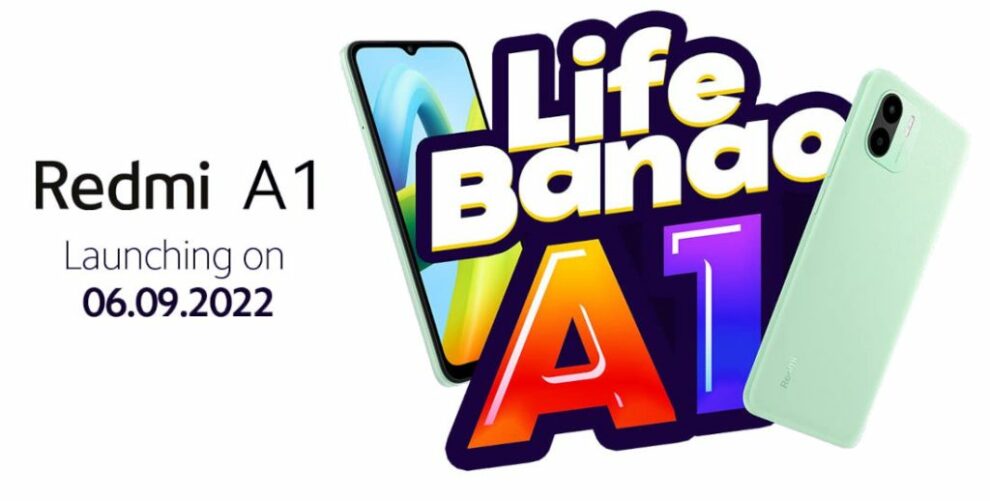 The Redmi A1 is confirmed to launch in India on September 6, 12 noon onwards. Xiaomi has set up a microsite dedicated to the launch of the Redmi A1 in India and includes some key specs of the phone. For instance, what is known about the A1 is that it will come powered by the MediaTek Helio processor of unknown make. A Geek bench listing earlier had claimed the phone will have 3 GB of memory onboard, along with maybe 64 GB of storage. The latter bit isn’t confirmed and is purely speculation at the moment.

The phone is also shown to have a waterdrop notch at the top along with a rather thickish chin at the bottom. There is going to be a 5,000 mAh battery on board. Other details that the microsite claimed the A1 will come with include a square camera module at the rear which will host a single camera sensor and an LED flash. That said, the entire setup seems to give the impression of there being a pair of camera lenses even though in reality it has a single lens.

What is also evident is the lack of a rear fingerprint sensor, which leads to speculation of it being embedded within the power button. The power and the volume rocker buttons are on the right side while the SIM card tray is positioned on the left. The rear otherwise features a leather textured finish which looks nice and cool. The phone is going to be available in shades of Black, Blue, and Green.

The rest of the details of the Redmi A1 is being kept under wraps at the moment. What is amply clear though is that the phone will serve as an entry-level device with moderate levels of specs and features that is built to a price. There is going to be the Redmi 11 Prime series also launched during the same event. Stay tuned for all the latest details as it unfolds.